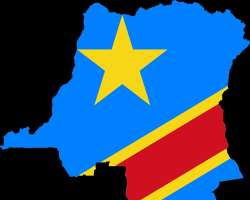 The police acted on orders from Bruce Bika Malambo, mayor of Lisala city and a member of the ruling party, in response to the stations having aired on October 6 a recorded statement made in an interview with opposition politician Bienvenu Moyengo, president of the provincial assembly, who called for a tax boycott by citizens in protest against poor local services, said Makambo. CPJ obtained a transcript of Moyengo's statement.

When contacted by CPJ yesterday, Malambo acknowledged ordering the closure of Radio Liberté Lisala and Radio Mwana Mboka, but defended the decision by alleging that the stations were inciting civil disobedience and working to improve the political position of their owners. "These media are being dictated by [opposition] politicians," he said. Malambo also claimed that the stations would be closed indefinitely in compliance with local regulations, but did not clarify which regulations.

No charges have been brought against anyone associated with the stations, Makambo told CPJ.

According to Journaliste en Danger , a local press freedom group, Moyengo's statement was also broadcast by other radio stations in the province without repercussion.

Over the last year, media outlets in the DRC have been repeatedly targeted by authorities, according to CPJ research .