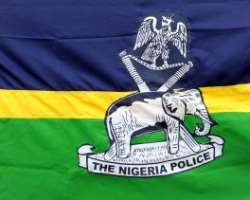 In a statement issued by the state command spokesperson, SP Magaji Musa Majiya, Monday said Takai was invited to answer questions at the Police headquarters in Kano over an alleged murder of a 70-year-old man.

“Takai had been invited to report to the state police command on Monday (today) for interrogation in the convoy wielding a long knife descended on the 70-year-old passer-by and stabbed him on the head, inflicting grievous hurt on the man.'' the police PPRO said.

He said the invitation extended to Takai was to afford the candidate the opportunity to defend himself as well as explain his role in the tragedy.

Majiya stated that the PDP chieftain owed the police an explanation why his supporters were wielding dangerous weapons during his political outing.

“The political allies of Takai informed the police command that Takai would be returning to Kano through Mallam Aminu Kano International Airport on Saturday and requested for police escort, an application that was granted by CP Rabiu Yusuf.

“But to the surprise of the command, despite the security cover assigned to him and the entourage of the PDP candidate, we discovered that among them were persons that were armed with dangerous weapons which they continued to display flagrantly until the unfortunate incident occurred at Ahmadu Bello Way roundabout,” Majiya explained.

He disclosed that the command had commenced investigations into the case of culpable homicide involving the death of the 70 year-old-man and those suspected to be culpable in the matter had been uncovered. He assured the full wrath of the law shall be applied in dealing with anybody found guilty.

Majiya warned that the police would not tolerate any act of arson, mischief and public nuisance from those vying for public office, prior, during and after the 2019 general elections.

He revealed the security apparatus is already aware of some suspected political thugs in some parts of the metropolis planning to embark on the destruction of posters and billboards mounted by their perceived political opponents. He reminded the command is equally prepared to handle the situation with equal response.