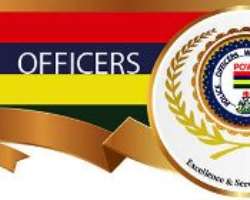 The National President of POWA who is also the wife of the IGP, Hajiya Asta Ibrahim k. Idris while presenting the items at the Dalori I IDPs Camp along Bama road Maiduguri said the wives of the Nigeria police officers deemed it necessary to join other millions of Nigerians and international community in sympathizing with the people of Borno state, particularly, the IDPs who have been exposed to severe sufferings and hardships as a result of the Boko haram insurgency to donate few relief materials to cushion their sufferings.

She also commended the efforts and selfless services rendered by the Nigerian military, police and other security agencies while urging the IDPs to consider their plight as an act of God and be prayerful.

The POWA National President further appreciated the humanitarian services of SEMA NEMA, CBOs, NGOs and iNGOs among other development partners at the IDPs Camp while thanking her husband, the IGP for giving her the opportunity and support to extend her widow's might to her brothers and sisters as daughter of the soil.

The Executive Chairman, SEMA Borno state, Hajiya Yabawa Kolo thanked the POWA National President for her gesture to the IDPs.

Represented by the SEMA Secretary, Alhaji Bulama Dawud, she assured that the relief materials will be distributed to the IDPs judiciously.

Borno First Lady, Hajiya Nana Kashim Shettima thanked the POWA National President; for donating the relief materials to the IDPs in complementing the efforts of the state and federal governments in catering for the IDPs.

Represented by the Permanent Secretary, State Ministry of Women Affairs and Social Development, Alhaji Yahaya Dankoli, she appreciated the gesture noting that it will go a long way in alleviating the sufferings of the beneficiaries.

Also speaking during the POWA National President courtesy call on the Borno State First Lady at the Government Lodge 1 Maiduguri, Mrs. Nana Shettima said the visit and gesture were clear indications that the POWA President is a daughter of the soil.

She assured that very soon, the insurgency will soon be a story of the last as government was assiduously making efforts along with other security agencies and armed forces of the federal republic of Nigeria to bring to an end the boko haram crisis

Mrs. Shettima added that this was the first time POWA was donating relief materials to IDPs in Borno state while commending the POWA National President that she started in a good footing and called on others to emulate her.