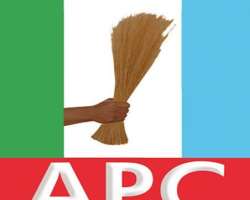 Mohammed Kala yesterday matched alongside thousands of his supporters to the APC State Secretariat in Maiduguri to register his protest by submitting a letter of protest to the State APC Chairman, Alhaji Ali Bukar Dalori.

He also said that he had already petitioned the APC National headquarters and the APC Appeal Committee urging the committee to declare him as the flag bearer of the BOSHA Member APC Aspirant representing Gwoza LGC state constituency in the forthcoming 2019 general elections. I, having scored the highest votes in the said primary election that was peaceful before it was disrupted by thugs of opponent.

He said: ” I wish to appeal to your good office to intervene in the just conducted but not concluded primary election for Gwoza state constituency into the Borno House of Assembly ( BOSHA ) .

“ The election was conducted on the 5th of October , 2018 in Biu local government area of Borno State . In the election , seven aspirants contested , but only three were present, and out of the 389 delegates who are the electorates , 383 were accredited while 6 were absent .

“ The voting took place peacefully until in the process of counting , while I, Mohammed Mohammed Kala was leading with 198 votes , when suddenly , one of the aspirants , in the person of Abdullahi Buba Abatcha , who is also a serving member of the Borno State House of Assembly disrupted the process by kicking the ballot box as well as confiscating some of the counted ballot papers , after realizing defeat .

“ Immediately, the incident occurred, the venue of the election went into chaos , but after sometime , the situation was calm , only to realize that the uncounted ballot papers were nowhere to be found , and suddenly , one Musa Abbas Ciroma who is the agent of Abdullahi Buba Abatcha, the serving member in BOSHA , came with the said uncounted ballot papers after leaving the election venue for almost an hour .

“ To our dismay , the chairman of the primary election committee declared the election inconclusive after series of argument from both parties .

“ I want to bring to the notice of the Appeal Committee the following : That up to the time I am making this appeal , no any official communication from the Election Committee has been made to me.

“ Therefore , I am appealing to your committee to look into the matter and declare me as the winner and flag bearer of APC for the election to Borno State House of Assembly for Gwoza state constituency. ” Mohammed Kala said.