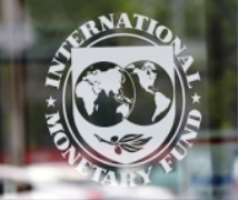 The International Monetary Fund (JMF) on Thursday said Nigeria should be cautious about the use of its foreign exchange reserves, adding that oil prices could decline at any time.

The nation’s external reserves have been declining in recent months, falling fell to $44.30bn on September 28 from $45.83bn at the end of August. The reserves dropped further to $43.52bn on Tuesday, October 9.

The Head, Emerging Economies Regional Studies Division at the IMF’s European Department, Anna Ilyina, at the ongoing Annual General Meetings of the IMF/World Bank in Bali, Indonesia, said Nigeria and other emerging market nations had come under pressure since April.

She warned that the advanced economies’ interest rate hikes were still at the early stages, adding that Nigeria should be cautious on the use of its external reserves now as global external conditions remained challenging.

She said, “A combination of factors has basically affected emerging market since then. It started with sharp appreciation in dollar due to rising interest rates in US. In the case of Nigeria, there is one important driver that always affects its economic condition and that is oil.

“Foreign exchange intervention might make sense in certain circumstances. But then, one has to consider the growth in fundamentals, the level of reserves and other policy tools that might be more appropriate in country-specific circumstances.”

The Deputy Director at IMF’s Fiscal Affairs Department, Paolo Mauro, said while a crucial priority for the country was increasing non-oil revenue, the ratio of interest payments on debts continued to rise out of proportion.

He said, “Certainly, increasing revenue to create the space to do social spending, infrastructure and other types of investments that support economic growth is critical. That is a matter of priority.

“Over the years, we have been discussing with the government, and we see the priorities in tax administration. But to increase the compliance rate, something could be done to increase tax audit, use e-filing to a greater extent, block leakages and corruption within the system.”

IMF’s Financial Counsellor and Director, Tobias Adrian, who said the fund was not against borrowing, said, “When debts are raised for infrastructure projects, it is good. But international borrowing will need to be balanced with stability objectives.

“So, countries have to make sure that the level of borrowing is sustainable in the long run, to be able to pay both the interest rate and principal, even if there is a change in situation.

“In the case of Nigeria, the optimism is more on oil prices, and it is constrained by how much the favourable price can continue. It could decline at any time. Of course, there is going to be quite a bit of need for rollover of Nigeria’s debts between 2020 and 2022.”