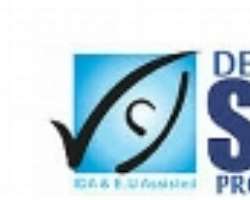 Delta State Expenditure and Employment for Result (SEEFOR), Project Coordinator, Sir Frank Apokwu, has enjoined service providers to be dedicated to their duty at all times and shun putting pecuniary interests before their duties for the overall growth and development of the society.

Sir Apokwu, who gave the advice in Asaba when the members of the Organizational Change Management Team of the SIFMIS component of the SEEFOR Project paid him a courtesy call, stressed the need for value re-orientation and hard work for the actualization of the objectives of the team.

Sir Apokwu described the Organizational Change Management team as a critical aspect of the SIFMIS component and assured the team of the support of the SEEFPOR Project to enable it achieve its objectives.

She stated that the Organizational Change Management was charged with the responsibility of preaching the gospel of the upgraded of SAP ERP roll out, adding that despite the fact that Delta State had been using the SAP software for a decade now, there was need to upgrade it to a more effective and efficient execution of the activities of the Ministries, Departments and Agencies (MDAs).

Addressing the beneficiaries, Sir Apokwu reiterated the commitment of the SEEFOR Project towards impacting positively on their lives.

While saying that starter packs would soon be presented to the successful beneficiaries, the Project Coordinator advised the beneficiaries to always comport themselves in a peaceful manner and add value to themselves and the society in general.

In their separate remarks, some beneficiaries who spoke on behalf of their colleagues thanked the SEEFOR Project for giving their lives a meaning through the Public Works Sub-component of the Project and appealed to the project coordinator to expedite action on the presentation of starter-packs to enable them start up their own small enterprises.