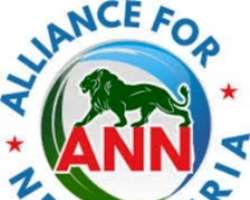 As the 2019 election draws nearer, a faction of the Alliance for New Nigeria (ANN), has returned to the parent party.

The faction consisting of state chairmen from Gombe, Zamfara, Jigawa,Taraba, Kaduna, Yobe and a few others reached the accord after a meeting with the party's national chairman, Mr. Emmanuel Dania.

Speaking after the group unanimously endorsed him to speak on their behalf, the Jigawa state chairman of the ANN, Useni Daudu Zakari said that they had withdrawn their membership of any faction of the party.

According to him, "we have withdrawn our allegiance to any faction of the party. We

have dedicated all of our loyalty to ANN that is Alliance for New Nigeria under the leadership of our able and lovely chairman, Mr. Emmanuel Dania."

Furthermore, Zakari said that their decision to change their minds and return to the party was not as a result of any gratification, but political reasons.

"I also want to use this opportunity to inform the world that we have nothing in writing, and nobody has given us a single penny to buy our interest. What we did before was done collectively and for political reasons, and it is for the same reason we are doing what we are doing now. Having realized that we were on the wrong side, we decided to return to our mother party."

While affirming their loyalty to the party, Zakari said they had been misled and were sorry, thanking God they realized their mistakes before it went further.

Besieging the party members, he said he hoped every member of the ANN would forgive them.

While receiving Zakari and the other chairmen back into the party, ANN national chairman, Mr. Daniel said that he was happy to have them back to the party.