A FLOTILLA LESSON FOR THE MIDDLE EAST PEACE SUMMIT 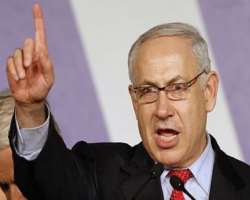 
Last week saw the real test on the global resolve to see through a Middle East Peace settlement in this generation. It was known as the Flotilla, and it sailed within our very gaze into the troubled waters of the Gaza strip expecting to be welcomed by the open arms of the much trumpeted 2-state solution. Instead it was awakened by the rude reality that this beautiful dream had not yet taken off concretely enough to form a shield of defense againstã€€the status quo of injustice in Gaza.

What went wrong? Why is the United States not forth coming in condemnation of the brutal murder of flotilla ‘citizens’ in international waters? Why did the US Vice President support Israel? What is the need for President Obama’s Promise to increase Aid to Gaza on receiving Palestinian President Abbas? People have continued to query in the last weeks. We need to look at the problem dispassionately here to figure out what is going on here.

In my last article on how to bring back peace to the Middle East, I made it clear that the Two- state solution is the last chance for peace in the Middle East in this generation. I explained that it requires both sides to make sacrifices in terms of softening their religious intransigence because there will be no victory for any side in the basis of religious claims and exclusivity. What was needed was a circular solution based on internationally acceptable legal framework operating in the two states. Unfortunately the United States seem to have moved too slowly in educating the two sides on what the new will bring and require to take off.

In natural law when you make pronouncements you have to follow with action at a certain time lag or the action will follow you anyway when the time arrives. This is what happened with the Flotilla. After his Cairo Egypt speech which was well received by the Arab world President Obama was given a benefit of doubt by the Arab World to deliver peace to the Middle East. The two state solutions was publicized and accepted in principles by the two sides but what got delayed was the formal agreement in a summit because each side permitted unnecessary conditions to divert its gaze.

This situation exposed both sides intransigence arising from deep sited religious divide. For the Palestinians the occupation of Gaza and Israeli housing was played up as if it was a new event. It was as if there was no status quo ante to consider. Already Palestinian forgot that two state solution was a proposal not yet a reality. There was no reason for insistence on stoppage of the housing project before talks. It only placed spanner in the wheels. It was presumptuous of territorial sharing which could only occur after the talks. After all, the talks could come out with a resolution for Israel to forfeit their housing to Palestine in good faith.

On the side of the Israelis there was no reason for attempting to drive away Palestine from East Jerusalem insisting it remains Israeli capital. Such tactics remain too harsh for solving modern problems. Can Israel stop the existence of other faiths within its bothers? It is akin to making New York exclusive for New Yorkers and what level of development in a Global world are achievable stands to be seen. So Israel should drop its unwritten precondition that only Jews should occupy East Jerusalem.

Now the flotilla has arisen from the condensation of the spiritually negotiated peace into material form despite intellectual delays from both sides. The President Obama Promise to resolve the issue has taken on a life of its own in the internationally supported push to stop further blockage of Gaza by adjourning countries. You can see that this event built up slowly and everyone knew its outcome but no one seems to want it stopped because they hoped it will push America to hasten its promise. Unfortunately, America was involved in the security of Israel and could not jeopardize it by condemning their effort at self defense knowing that the status quo had not changed.

The dilemma remains that of America to fulfill its pledge before the euphoria wanes. I am confident that America has all it takes to get the two sides into a conference to make peace and the world is counting on her. The flotilla example should not be lost on the two sides because now the world is impatient for the commencement of international legal mandate in the two states. I say two states because there can only be two States of such proximity defined by a common legal international framework and enforcement for peace to reign. The clamor for proper internationally recognized inquiry into the killings is only a sign of the above conclusion. Israeli disregard of this call and later insistent on setting up its own probe is a message to the World that you don’t change an existing scenario only by wishing it. There is need for the two sides to come out more willing to make concessions.

For Israel, knowing that its military reliance has become an extant strategy in a communication age, also knowing that religious exclusivity has become outmoded an idea, there is need to update strategy andã€€make more friends. As for the Palestine and Arab world, you need not initiate any war in your soil by being intransigent about religion. Love your neighbor as your self and don’t wipe out your enemy as a pathway to victory. As long as you harbor thoughts outside live and let live with Israel, you invite your worst fears to come true in your backyard. So embrace this last opportunity to concretize the two -State solution so that peace will reign in the Middle East.

Mr. Nworisara, an International Affairs Analyst aspired to be President of Nigeria in 1992.