Osun Saga: Bathing with Blood is Constitutional and Lawful 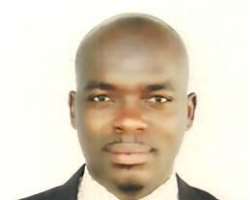 To many, bathing with blood is the easiest of all sacrifices, doing it at the market square is an adventure and/or more of an escapade, it makes the doer happy and fulfilled, ones its commanded by their spiritual leader: If it is enjoyable to the bather, why would you disturb him?

What matters: As long as such blood is not the blood of man gotten in an unlawful way and not the blood prohibited under the law, the bather is fully in order.

There are about 4, 280 religions in the world, Christianity and Islam are just two of the entire number. How, when, where and what you are born into is likely what you are going to become and/or practice. Tolerance keeps the world together.

It should also be noted that, in line with the world social order and spiritual inclinations, If you ever belief and worship any spirit, and/or do anything more often in a particular way, you are a ritualist.

By the law, in some instances, human blood gotten from a bank or through the owner of the blood in full consent may not be illegal; as being in possession of human and/or animal blood is not illegal but the means by which the blood is gotten.

Several bloods were spilled in the Holy Bible and several other Holy books. Both Christianity and Islam are our borrowed religion in Africa. In the metaphoric sense, there are bloods of animals meant for sacrifices, redemption and cleansing of the Soul. Yet, we seem to have forgotten that we are indigenous and purely African the moment anyone indulges or gets involved in voodoo.

Before I make reference to relevant laws applicable to the situation at hand, I make bold to ask: Before the advent of Christianity and Islam, Aren’t we Africans with our own cultural heritage, ways, religion and beliefs? Were our forefathers not worshipers and believers in their own world? Of course, our forefathers kept the world at its best using the best of traditionalism as means of spirituality and getting to God.

I had followed lately the inhuman and degrading treatment melted on Osun State Majourity Leader of the House of Assembly for exercising his fundamental rights to religion and belief, and I am forced to ask, Isn’t that extremely barbaric?

Several of the actors and acclaimed saints who shot videos and commanded the law maker to do their bidding were later reported to be grade one blackmailers who are now prone to enjoy the rhythm of prosecution and troubles. I don’t feel for them. The law must take its course:

Under the law, the video shooters and self-acclaimed community guards had committed nine sins against the state and the lawmaker viz:

If you see someone take his bath at the village square, what offence has he committed under the law? None of course; as long as he never came to take the bath in your living room, at your doorstep or to do same at/on one of your personal properties without your permission which on the other hand may amount to unlawful trespass and other extensive misdemeanors. A market square is a public place which has no owner, or better described; belongs to everybody for all lawful purposes.

For avoidance of doubts section 38(1) of the constitution of Nigeria provides as follows:

Our law on religion and belief is straight forward, hence, everyone has the liberty to manifest and propagate his religion or belief in worship, teaching, practice and observance.

By the several reports of the Osun incidence, the following were alleged:

By my own observations:

Assuming but not conceding that the lawmaker was bathing with blood or actually meant to bath with blood for any spiritual purpose whatsoever, it is permitted and legal, as long as it is not human blood gotten by an unlawful means.

Even in some instance, human blood gotten from a bank or through the owner of the blood in full consent may not be illegal; as being in possession of human blood is not illegal but the means by which the blood is gotten.

Performing your spiritual rights in line with your belief is a fundamental right and it is a universally recognized human right which is inalienable and/or non-deprivable; as long as you are human.

"...what is the nature of a fundamental right? It is a right which stands above the ordinary laws of the land and which in fact is antecedent to the political society itself. It is a primary condition to a civilized existence and what has been done by our constitution since independence, starting with the Independence Constitution that is: the Nigeria (Constitution) Order in Council 1960 up to the present Constitution that is the Constitution of the Federal Republic of Nigeria, 1979 (the latter does not in fact apply to this case: it is the 1963 Constitution that applies) is to have these rights enshrined in the Constitution so that the rights could be "immutable" to the extent of the "non-immutability" of the Constitution itself. It is not in all countries that the Fundamental Rights guaranteed to the citizen are written into the Constitution. For instance, in England, where there is no written constitution, it stands to reason that a written code of fundamental rights could not be expected. But notwithstanding, there are fundamental rights. The guarantee against inhuman treatment, as specified in Section 19 of the 1963 Constitution would for instance, appear to be the same as some of the fundamental rights guaranteed in England contained in the Magna Carter 1215 - Articles 19 and 40 which provide - "no freeman may be taken or imprisoned, or disused of his freehold or liabilities in free customs or be outlawed or exiled or in any way molested nor judged or condemned except by lawful judgment or in accordance with the law of the land and the crown or its ministers may not imprison or coerce the subject in an arbitrary manner" (Underlining mine) In the United States, the Eighth Amendment to the United States Constitution provides - "Excessive bail shall not be required, nor excessive fines imposed, nor cruel and unusual punishment inflicted." Per ESO ,

Also in AGBAI & ORS V. OKOGBUE (1991) LPELR-225(SC) ( P. 26, paras. D-F ) the apex court held on the need for caution of the community not to trample upon the fundamental rights of citizens by popular enthusiasm: per Nwokedi JSC held as follows:

"...Much as one would welcome development projects in the community there must be caution to ensure that the fundamental rights of a citizen are not trampled upon by popular enthusiasm. These rights have been enshrined in legislation, that is, the Constitution, which enjoys superiority over local custom. Freedom of association and of religion are enshrined in Sections 24(1) and 36(1) of the 1963 Constitution as amended respectively." Per NWOKEDI ,J.S.C

Section 42 of the Constitution of the federal Republic of Nigeria (1999) as amended is clear to the effect that no one can be discriminated against by virtue of his place of birth, deformity, religion, sex etc. for avoidance of doubt, I hereunder reproduce the section:

42. (1) A citizen of Nigeria of a particular community, ethnic group, place of origin, sex, religion or political opinion shall not, by reason only that he is such a person-

On whether any person can be discriminated against or humiliated because of his religion or belief, the Supreme court had held in the case of LAFIA LOCAL GOVT V. EXECUTIVE GOVT NASARAWA STATE & ORS (2012) LPELR-20602(SC) ( Pp. 49-50, paras. D-C ) as follows:

Aren’t we safe to conclude that the OSUN LAWMAKER does no wrong if his alleged bathing in the market square is in line with his religious belief? Don’t we think if same was exercised in line with his fundamental inalienable right to his religion, he cannot be disturbed?

I had always advocated that People should always becareful and/or totally abstain from participating in any mob action, it could backfire and the consequences maybe irredeemable.

I recommend that all those illegal actors be prosecuted forthwith and thoroughly. Aside prosecution of the offenders, I further recommend that the lawmaker sues all parties concerned for flagrant breach of his fundamental rights for good damages and/or compensation.