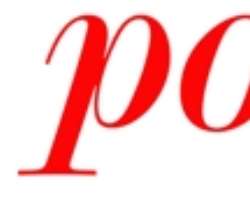 Were all these coils in life divinely meant for me? O! it can’t be, these universities of Africa, from South in the Wits, to the East in Nairobi, North in Alexandria and West in Lagos, falling in tune with the agonies in academic torture against the future of Africa’s daughters; in the Diaspora within and without, challenges heap on their kin in a mind-boggle to humble minds and fibers of the hearts of African daughters, systems run in a mad rush with no eyes for engendering humanity; thinning and excluding dear daughters of Africa, from comfort of the mainstream academic culture, leaving them with nothing, but despair in a song of the ode to the open road, on which those with money make the universities a den of social sham, turning callow daughters in to campus wives, putting high marks in math as a bait for sex,another open path to pitiable abortion, hopeless infections and punctured personalities of African womenfolk, period! As terms after terms at the University of Nairobi, Garrisa and so-forth are ever punctuated by clubs, teargas, spray of hot water and policeman’s truncheons in the company of cowboy styled kicks going beyond gender blindness to aureate violence, to pinch off the teats of all daughters in mob fit, unarmed and happily chanting songs of gender inclusivity on the streets of Kampala. Why beat a woman?

She is only armed with concern for tomorrow, and then you thwack her hard, as if she is a replaceable cradle of human nature, why shrewdly heap a woman in hopeless education? that macadamizes her future roads to station of slavery, honestly heap them in science lab, medical lab and workshops of metallurgy, their love for live is easily convertible into sensitive technology, heap them in political science schools, let them learn Marx and Aristotle,Mamood Mamdan and Mbembe, Shivji and Rodney, Fanon and Freire, Cesaire and Sartre, Jesus and Muhammad, Soyinka and Mazrui, Achebe and Ngugi, Nasser and Nyerere,let them learn even Nkrumah’s consciencisism, for a heart of a woman is a fallback of peace, in the gendered education we bound the earth to the shores of peace, ideology without war and religion barren of terrorism.

Let a woman learn parasitology, genomes and special virus education, give an African woman that powerful microscope from Russia’s Moscow, let her glean all HIV micro-demons, for I smell earnestly in her ventures a conquer to the curse of impoverished widowhood, from the hearth and inglenooks of Africa . blameworthy is you the patriarchal system that buys or forges a hoe for an African woman, culpable is you man that built a kitchen for an African woman, and a saddo you are that marries an African lass out of school as a second wife, an arch-picaroon parent you that sees only dowry cows in the pubescence of your daughter, a loutish oat and oaf you reek in your appetite you bourgeoisie tourist, walking the beaches of Africa as a sex tourist; you all deserve Emmanuel’s nemesis-to swim turbulent seas with a milling-stone around your neck,period!Wake up Africa !

Wake up; it is your turn to have lunar daughters as the West basks in the lunar sons, pull your daughters out of the kitchen to the stellar science centers, and send them to the moon for a rendezvous with stellar virginity, proceed of your choice will be a universal boon, for its only a woman that knows the value of virginity, parenthood, old age and care for mankind as human-wide-zwieback -in-eschewable.Period Behold Peasant farms committing suicide in the hand of reality, when Africa gauntly dances, And unfolds her potential above the chains of catastrophes and tyrannies, in the blind values of a single story, she goes out to sing the song of true freedom to the lowly; women and children, eunuchs and castrati, gays and lesbians, dwarfs and albinos, hunchbacks and crippled, barren and fistulati,whores and drunkards, micro-and macro-cephalic, and widows, spiritually punctured, those in bombazine, seeing their biological moon fortnightly, divorced for epilepsy ,mutilated in genitals for sentimentality to crude culture and the them banished for siring the black twins Alark! In this diversity looms the holy hand of the holy creator. God save my soul.