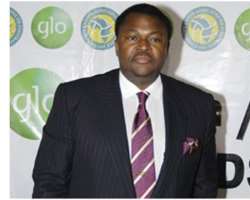 
San Francisco, June 14, (THEWILL) - The Economic and Financial Crimes Commission (EFCC), has summoned the Chairman of Globacom, Otunba Michael Adenuga and eleven other persons for questioning in the 17.5 million euro Siemens bribery scam.

Other persons invited for questioning in what EFCC spokesman Mr. Femi Babafemi said was based on fresh discoveries during investigations into the crime include the deceased former Comptroller General of Immigration, Mrs. Chuka Nwizu; Nigerian Ambassador to Malaysia and a former Minister of State for Power, Mr. Ahmed Abdul Hammed; and a Special Adviser to Governor Babangida Aliyu of Niger State, Aliyu Ahmed Datti.

According to the letter of invitation dispatched on Sunday, all persons invited have been requested to honour the EFCC invitation on Wednesday and Thursday at the EFCC headquarters in Abuja.

Babafemi added that the anti graft agency has recovered $6.5 billion dollars since it was commissioned to fight graft and financial crimes in the country.

In 2006, Otunba Adenuga bailed abroad when the commission tried to question him over allegations that a couple of his companies were used to fraudulently absolve federal funds meant for the Petroleum Technology Development Fund.

The commission has already questioned several high profile Nigerians in the bribery scandal. They include three former Ministers of Communication, Mr. Cornelius Adebayo, Dr. Haliru mohammed Bello and Mr. Tujudeen Olarewaju amongst others.