Crypto-currency and the future of Mama-preneurship in Africa 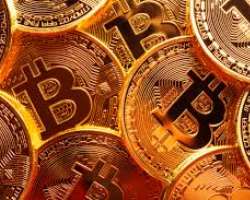 The tradition of good communication requires that one has to define hard words before going ahead to use them in her text or speech. This tradition binds me too. I will first give contextual definitions of the hard words used in this article. They words are; mama-preneurship, crypto-currency, Bitcoins and block-chains.

The word mama-preneurship is a very common word in the spoken English in Kenya. It means ‘mothers in business’. It is a combination of two words; mama and entrepreneurship. Mama is a Kiswahili word for a mother or any adult lady with parental responsibilities. Hence the word; mama-preneurship, meaning entrepreneurship as carried out by women. A woman entrepreneur can thus be referred to as a mamapreneur. Mamapreneurship as a word was neologized and used for the first time by the Nairobi East African Standard in February 2015.

Then let us move on to definition of the word block-chain; it is a digital ledger in which transactions made in Bitcoins or any other crypto-currency is recorded chronologically and publicly. It is also defined as an incorruptible digital ledger of economic transactions that can be programmed to record not just financial transactions but virtually everything of value.

According Don & Alex Tapscott in their book the Block chain Revolution (2016), a blockchain, originally block chain, is a growing list of records, called blocks, which are linked using cryptography. Each block contains a cryptographic hash of the previous block, a timestamp, and transaction data generally represented as a merkle tree root hash. By design, a blockchain is resistant to modification of the data. It is thus an open and distributed ledger that can record transactions between two parties efficiently and in a verifiable and permanent way. For use as a distributed ledger, a blockchain is typically managed by a peer-to-peer network collectively adhering to a protocol for inter-node communication and validating new blocks. Once recorded, the data in any given block cannot be altered retroactively without alteration of all subsequent blocks, which requires consensus of the network majority.

A brief history of digital currency states that the block-chain was invented by Satoshi Nakamoto in 2008 to serve as the public transaction ledger of the crypto-currency Bitcoins. The invention of the blockchain for Bitcoins made it the first digital currency to solve the double-spending problem without the need of a trusted authority or central server.

Thus, transactions in crypto-currency are to be recorded in the blockchains, the block chains are maximally secured from any un-authorized adulteration. This component of flexibility and maximum security makes the crypto-currency to be reliable technology to be embraced by all classes of mama-preneurs in Africa.

Better understanding of how crypto-currency works reveals a fact that, crypto currency gives a voice to individuals who have no access to financial services. Like the case of women in Africa. According to a report from the World Bank (2016) over 60% of women in Africa don’t have bank accounts; this condition exists alongside well popularized pledges in the venerated millennial development goals that financial inclusion is a vital component in reducing poverty and achieving inclusive economic growth around the world. Reasons for financial exclusion of women in Africa range from poor state of technology, low quality in financial services infrastructures as well as substantial level of patriarchy in public policy. These are the vices that can be attenuated through having mamapreneurs in Africa to take advantage of the emerging technology of digitized crypto-currency to venture into the business world.

For example, the Elections and Boundaries commission in Kenya complained in (2017) that over 40% of 35 million adult women in Kenya don’t have national identification cards and hence they could not vote in the general elections. Reason for this massive lack of identification among women are; poverty, restrictions by husbands, misleading culture, illiteracy, social patriarchy, lack of infrastructure, bureaucracy and need to give sexual bribery to male civil registrars by a woman before being given an identification card. Those interested in votes by women saw this absence of identification among Kenyan women as a problem. But yet they could not see that there is a more serious problem; these 40% of 35 million Kenyan women that don’t have identification cards cannot not open a bank account or can they even access a bank loan or even buy an insurance policy. Fortunately, a window of luck in the form of crypto-currency technology brought by Humaniq, a mobile application technology that uses facial recognition or human voice for identity management has enabled some women to enjoy now mobile banking services. Humaniq based mobile bank account does not require a national identification. It only requires a personal cell-phone and a personal voice or facial expressions to deposit, withdrawal, transfer money and even process a loan. The idea is that, accessibility to all is a big part of what makes this technology such a breakthrough.

Gladys Mogaka; is a lawyer from Kenya who works with smart contracts and ICO regulations. She once worked as a contracts attorney with Deliotte. Gladys is currently working on a project set to overhaul the Land Registry in Kenya as Bitland . Imen Ayari; a mechanical engineer from Tunisia, has founded and is heading a number of tech organizations aimed at disseminating consistent innovations in Africa. As a blockchain and crypto expert, and head of innovation factory at Talan, Atari teaches and trains individuals and businesses on how they can implement the new technology in their operations and make it work for them. She also organizes hackathon and events related to solving problems with tech. She previously worked for Procter and Gamble as a finance and profit forecaster. This experience has solidified her place as an expert blockchain and crypto consultant. Naomi Snyman; has a decade of experience working in the financial industry. Combined with her love for new technologies, she now serves as the Blockchain lead at Standard Bank, South Africa. Ruth Iselema ; A vibrant Nigerian lady with a background in pharmaceuticals, Ruth has been in the space since 2015. She’s a Director at Cryptogene, Nigeria’s first ICO launch. She is also CEO of Bitmama.io, an online store that will enable people to shop from Aliexpress or Alibaba, and pay in cryptocurrency. Her crypto-supported online shop, expected to launch in March 2018, will be cheaper and faster than most other services. Telly Valerie Onu ; With a background in Digital Economics, Decentralized Networked Governance, and Management Consulting, Onu co-founded Beyond Capital Markets, a financial innovation and crypto impact capital company that manages 16 blockchain impact innovation companies, five of which are from West Africa, and all of which are launching ICOs through BCM. She and her team are currently commencing a world tour to raise funds and awareness for their projects. You can find her on Twitter and LinkedIn. These are the African Women in Blockchain to follow. We hope blockchain and crypto event organizers find this a great resource and use it to factor in diversity and inclusion.

History of successful lives has one dominant motif, to learn from those who prospered and from those who failed. It is the time for the African womenfolk to learn about technology that can make them to overcome what has been holding them back, what held their predecessors back. This is done in spirit of having an African woman to enjoy full economic freedom in her life of tomorrow. This technology can be learned from the current success stories. The technology to be learned is the crypto-currency technology. It is among the surest technologies that can enable an African woman to over-come the vices of pathology of patriarchal freedom currently peddled by selfishness of a man.