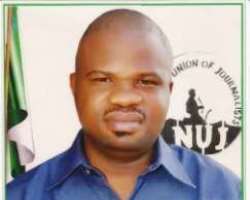 Mr. Chris Isiguzo from South east has been elected as the new President of Nigeria Union of Journalists.

Announcing the result, the returning officer for the election Mr. Benson Upah said the election was free and fair.