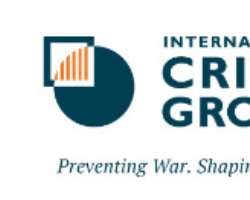 The risk of violence around the 7 October vote is greatest in Anglophone regions, but other parts of Cameroon could also be affected. The government should take steps to curb divisive rhetoric and declare a ceasefire, even if only temporary, with Anglophone armed groups.

What's new? Cameroon’s presidential election on 7 October comes at a tense moment. The country is torn between the fight against Boko Haram in the Far North and the Anglophone conflict in the Northwest and Southwest.

Why does it matter? The risk of violence before and after the vote is highest in Anglophone regions, but exists in other areas. The opposition and several social movements dispute the legitimacy of the election, and Anglophone separatists intend to disrupt the vote. Tensions are rising as the government’s stance hardens.

What should be done? The government and Anglophone armed groups should declare a ceasefire, at least for the election week. Cameroon’s partners can encourage this by threatening sanctions against those on either side who commit violence. The government should also take steps to curb divisive rhetoric and dedicate more resources to election logistics.

I.Overview
On 7 October 2018, Cameroon heads for a hazardous presidential vote. The political climate is tense, the economy shaky and much of the country insecure, torn between Boko Haram in the Far North and a conflict in the Anglophone regions in the Northwest and Southwest. Intercommunal tensions are worsening not only in Anglophone regions but elsewhere. The government and armed Anglophone separatists still have time to declare a ceasefire, even if only a temporary one, to improve prospects for polling in areas affected by the conflict; outside powers should push them to do so. The government should dedicate more resources to logistical preparations for the election, take steps to curb rhetoric stigmatising specific ethnic groups and itself adopt a more conciliatory tone. After the vote, both it and separatists should support efforts by religious leaders to hold an Anglophone general conference. Such a conference could help lay the ground for a national dialogue, which is necessary to resolve the Anglophone crisis.

The danger of violence around the vote in Anglophone regions is high. But other parts of the country could also be affected, even if the postponement of the parliamentary and municipal elections to October 2019, which carried their own danger of localised friction, has mitigated some risks. As election day approaches, tensions are growing and the government has become harder-line, opting for repression and peddling conspiracy theories in response to demands for social and political reform. Embryonic movements are emerging across the country, which reject the election. Some of them call for a popular insurrection to unseat Cameroonian President Paul Biya. In the Anglophone regions and parts of the Far North, insecurity may hinder the smooth conduct of the vote.

No consensus exists among Cameroonian politicians on the electoral law, which clearly benefits President Biya’s ruling party, the Cameroon People’s Democratic Movement (CPDM). The opposition regards the body responsible for organising the election (Elecam) as biased and denounces the president’s control over the judiciary, particularly the Constitutional Council, which resolves electoral disputes. In the absence of agreement on the rules of the game, opposition activists could contest results, possibly with violence. Fraud, including vote-buying, ballot boxes stuffing and the falsification of results, all of which are common in Cameroon, make such protests all the likelier.

In a more peaceful climate, the election could have offered Cameroon the political renewal it needs. As things stand, it risks further polarising society. Though time is short before the vote, the government could take steps to calm tensions and prevent violence. It should:

After the election, the new government should move to quell violence and, in particular, end the Anglophone crisis. If President Biya wins, as appears likely, doing so would bolster his legacy. In the event of an upset, his successor should quickly seek to end the instability of the past few years. It will be critical for the government to support the initiative by religious leaders to hold an Anglophone conference, which would allow Anglophones to select representatives for a national dialogue. Such a dialogue ought to reflect on defining the structure of the state (federalism or decentralisation); providing better economic, political and cultural representation for Anglophones in governing Cameroon; granting greater autonomy in certain sectors such as education and law to those regions; and rectifying injustices as well as historical discrimination. The new government should also initiate reforms of the country’s centralised and hyper-presidential governing system, which has contributed to conflicts in its peripheries and to countrywide discontent.

Cameroon’s partners, in particular France, the U.S., the UN and the African Union, should use the days before the election to push for a ceasefire between the government and armed groups in Anglophone areas while taking a firmer line and threatening sanctions against leaders implicated in violence on either side. A ceasefire would not only allow elections to take place in conflict affected areas but foster a favourable climate for dialogue afterwards, both on the Anglophone issue and on wider governance reforms.

Electoral observers from the African Union and from the International Francophonie organisation should make sure they cover events in the whole country, as far as security permits. They should consider all aspects of the elections in their statements, including the need for a level playing field and the problems of the electoral register, and not limit their observations to polling day. Statements that acknowledge and offer solutions to wider problems could help calm tensions after the vote. International actors should also call on the government to refrain from cracking down violently against any protests that take place. Overall, they need to take more concerted action than they have thus far to help end prolonged instability in Cameroon that is detrimental to their interests in the sub-region.