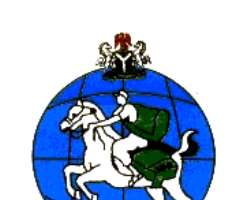 In line with its efforts to sanitize the conduct of courier business in the country, the Courier Regulatory Department of NIPOST, Friday withdrew the operating licenses of 12 courier companies including Panalpina Nigeria Limited over what it termed unethical practices.

The implication of the revocation order according to the regulators is that the companies will no longer be allowed to execute any form of courier business in the country even after paying the outstanding fees.

In the same vein the CRD has also clamped down on another illegal firm operating with the name PSI Shipping and Courier Company Limited and located at 24 Adeola Adeleye Street in Ilupeju Lagos, sealing off its premises for operating without license, contrary to laws regulating the industry.

Speaking on the rationale for last weekend's action, Senior Assistant Post Master General and Head of Courier Regulatory Department, Dr Simon Emeje, said the revocation order was arrived at following the failure of the 12 companies to pay the N250,000 license renewal fees over the past 3 years, despite being in business during the same period.

Emeje stated that the statute guiding the sector provides for an annual renewal of operating licenses of practitioners, a provision that the sanctioned firms could not comply with, stressing the infraction persisted despite series of reminders sent to the affected institutions for the irregularities to be corrected.

'We have sent 6 - 7 reminders to the companies over the past 3 years but they have remained adamant. We then issued the final ultimatum before getting to the point of sanctions.' the CRD boss said

But besides the non-payment of the required regulatory fees, he argued that the affected organizations had also engaged in a number of illegalities ranging from pilfering, dumping and rate cutting among others infractions.

According to Emeje, the companies in their desperate bid to get business entered into transactions they could not complete having collected cheaper rates from clients, forcing most clients to lose vital documents while the nation's business continued to suffer decline over the years.

' We therefore advise the general public not to patronize them, since their operations are no longer governed by the laws regulating courier sector and so anyone that does business with them may be doing so at his own risk'.

He said that CRD and even the Federal Government have noticed that this trend has created distrust among the nation's international business partners and eventually affected the inflow of foreign direct investment.

According to him, the trend has led to loss of jobs and revenue from taxes that the companies and other businesses should have paid to the Federal Government.

On PSI Shipping and Courier, Emeje pointed out that the firm applied for license to CRD about 2 years ago but never came back to process it but instead opened shop illegally. The CRD has a total of 262 registered as courier operators in Nigeria.