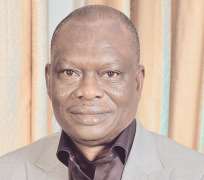 As Nigerians celebrate and reflect on the survival of the country at 58, former Secretary to Delta State Government (SSG), Comrade (Chief) Ovuozourie Macaulay has emphasized the need for all stakeholders to hold on to the peace unity.

Macaulay said that peace and unity remained catalysts that could spur better development and governance in Nigeria.

In a statement signed by his Press Secretary, Mr Iteveh Ekpokpobe, Macaulay said the country is at its most trying time in nascent history hence all hands must be on deck towards its sustainability.

He commended the growth of democracy as well as economy of Nigeria which he described as success against oscillating forces with a call for prayers and faith in the country.

According to him, “We have every reason to celebrate today. If not for any reason, it should be for the fact that Nigeria has survived and fared against all odds. We have survived the military, a civil war, and political unrest among other oscillating phenomena militating our country's unity”.

“While I congratulate fellow Nigerians on the 58th Independence Anniversary of our country, emphasis must be placed on the need for us to pray for the unity of our country. We must continually throw aside our differences and embrace actions that will engender collective development, “he stressed.

Macaulay also called for all stakeholders in the political scene to hold fast to the principal of nationalism and set aside thoughts of sacrificing Nigeria's unity on the altar of personal interest, especially in view of the forthcoming general elections.