Takeaways from the Osun Election 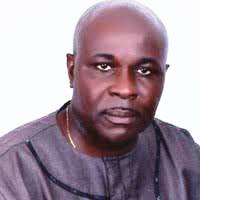 The September 22 2018 governorship election in Osun state is one of the closest political races in the country’s political history. According to official results, Senator Ademola Adeleke, candidate of the Peoples Democratic Party (PDP) scored 254,698 while Alhaji Gboyega Oyetola, candidate of the All Progressive Congress (APC) scored 254,345. The margin of victory was only 353 votes. The Independent National Electoral Commission (INEC) declared the election ‘inconclusive’ and ordered a supplementary election at seven polling centres in four local councils on September 27 on the grounds that the margin of victory was less than the 3498 votes it cancelled at the affected polling centres.

While lawyers and pundits battle on the appropriateness and legality of that declaration, and while we await the outcome of the supplementary election (assuming the PDP does not get an interlocutory injunction from the court preventing the election from taking place until the substantive issues are determined), there are useful takeaways from the election:

One, the closeness of the elections in Ekiti State and Osun State respectively despite the fact that the South-west geopolitical zone is believed to have benefitted immensely from the Buhari government in terms of choice political appointments and infrastructural development means that the zone remains a toss-up and the key political battle ground region in the 2019 election. This is good news for the PDP, given that the Vice President is also from the zone and is generally seen as both competent and influential in the current government. Additionally, defeating a sitting APC government in the released results was a big shot in the arm for the PDP, which had recently lost Ekiti State to the rival APC.

Two, despite the momentum from the closeness of the race in Osun, the PDP should not misread its import. It is not a clear pointer of how the presidential election would shape up for two main reasons: The first is that the dynamics that determine the outcome of governorship elections are different from those that shape presidential elections. There are several reasons for the relatively poor performance of the APC in the Osun governorship election – resentment over outgoing Governor Rauf Aregbesola’s inability to pay salaries and possible resentment against Tinubu’s brand of ‘godfatherism’ (Gboyega is said to be Tinubu’s cousin, and Tinubu was also responsible for the election of Aregbesola, who served as a commissioner under him in Lagos state as governor of the State).

The second reason the PDP should be restrained about celebrating the outcome of the Osun election is that Buhari does not really need an outright victory in any of the South-west states to win the presidency if he is able to replicate the over 12 million votes he consistently polled in the North (essentially North East and North West) in each of his four runs for the presidency. He only needs to ‘do well’ in the South-west - which he did in both Ekiti and Osun. To be elected President, Buhari needs to win 25 per cent of the votes in two-thirds of the 36 states of the federation (i.e. 24 states). If we assume that he is guaranteed at least 25 per cent of the votes in all the 19 Northern states, he only needs to get 25 per cent of the total votes cast in five Southern states. Unless the PDP can get a candidate who can substantially cut Buhari’s expected vote harvest from some states in the Muslim North and also substantially outcompete him in the south, defeating him will remain difficult - but not impossible. As I argued elsewhere, with certain developments in the country, including the herdsmen attacks and its politicisation and the coalescing of negative international opinions against his candidacy (HSBC Report, The Economist, etc), Buhari is very vulnerable. The PDP’s choice of a flag bearer will be crucial on how the race will shape up.

Three, one of the biggest losers in the Osun election is Bola Tinubu. While his admirers and beneficiaries of his brand of politics use superlative adjectives to describe his assumed political skills, his critics have often raised questions about his true political worth in the south-West. With the candidate he backed in the primaries for the Ondo governorship election losing out, and his candidate in the Osun governorship election getting a bloody nose, his critics from the South-west may become more emboldened to challenge him frontally. The feeling from the Osun election is that while Tinubu may be skilful in controlling political structures that can ensure that only those he anoints emerge as candidates (or can impeach a sitting Governor), the control of such structures should not be equated with general acceptance by the generality of the people of South-west. The lessons from Osun and Ondo should also be useful to him on how he plays his cards in his current stand-off with his political ‘godson’, Governor Akinwunmi Ambode of Lagos State.

Four, just as the Osun election may diminish Tinubu’s political stature, it could boost Dr Bukola Saraki’s political fortunes with the PDP. The Senate President was the Chairman of the PDP Osun State Gubernatorial Campaign Council. Shortly after the election was declared inconclusive, Saraki quickly announced that Senator Iyiola Omisore, his friend and candidate of the Social Democratic Party (SDP), who polled an impressive 128,049 votes to become a ‘beautiful bride’ in the planned re-run elections, had agreed to work with the PDP. Though it was later reported that Omisore eventually directed his supporters to vote for the APC, Saraki could argue that he made an impressive outing in Osun state (as Chairman of the PDP Osun State Gubernatorial Campaign Council). If Senator Adeleke wins the re-run election, Saraki can attribute the feat to his shuttle diplomacy with Omisore and will hope that the PDP’s apparatchiks and delegates to its convention slated for October 5 and 6 next month will take notice. It seems the leading PDP presidential aspirants are now engaged in a war of optics over who commands the most influence and therefore likely to add the most political value to the party – if chosen as the party’s flag bearer for 2019.

Five, the Osun election also brings INEC under focus. Traditionally opposition parties are always suspicious of INEC, our election management body since 1999, (essentially because INEC’s leadership are appointees of the party in power). It is therefore not surprising that PDP has been accusing the body of collusion with the government - just as the APC and its legacy parties were accusing INEC of collusion with the PDP.

Of great significance in the Osun election was the decision by INEC to order a re-run in some polling boots on the grounds that the number of cancelled votes exceeded the margin of victory between Senator Adeleke and Alhaji Gboyega. The PDP has naturally kicked and headed to the court (though it appears to be also making plans to contest in the re-run election if it is unable to get a court injunction). Pundits have drawn attention to the fact that the INEC had in elections in Kogi State and Bauchi declared as winners, candidates who first passed the post, despite the margin of victories in those states being smaller than the number of cancelled voters. Others point out that INEC’s election guidelines on which it relied to order a re-run cannot possibly be superior to section 179 of the 1999 Constitution (as amended) which states that for a candidate to be elected to the office of Governor of a state, the candidate must have scored at least 25 per cent of the total VALID VOTES in at least two-thirds of the total number of local governments in a state.

Ironically while INEC is being bashed by PDP and its supporters, it is being lauded by the European Union. According to reports, a team of 28 observers from about eight European countries have reportedly praised the election management body for conducting a “proper” election in the South-western state.

Six, who will win in the re-run elections? In the ensuing horse-trading to woo Senator Omisore, the APC, as the ruling party, with enormous patronage at its disposal, will always be in an advantageous position. However it remains to be seen whether Omisore’s supporters can make their decisions based solely on the say-so of Senator Omisore. My belief is that other dynamics, including the likeability or otherwise of Alhaji Gboyega and Senator Adeleke and the voters’ vulnerability to inducements and ‘stomach infrastructure’ will all play roles in determining the outcome of the re-run elections. Even if the APC wins the re-run election, the victory is already tainted by its defeat in the announced results and the controversies over the legality and appropriateness of the ordered re-run elections.