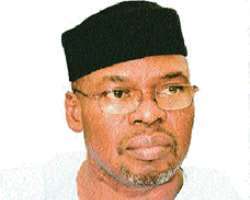 Gov. Oni
National leadership of the Nigeria Labour Congress (NLC), led by the Deputy President, Comrade Peter Adeyemi, has begun moves to lobby the state government to shelve its decision to ensure workers who got loans far and above the stipulated Civil Service Financial Regulations payback within three years.

The labour leaders, who first met with the state Head of Service (HOS), Mr. Femi Adewumi, headed for the Governor's Office on Saturday night appealing to him to withdraw the 15 per cent increase in the interest rates payable on the government loans.

In his address, Adeyemi expressed his disagreement with workers who got loans more than specified and those with falsified documents, but appealed to the governor to consider their case dispassionately. Making his request, the labour deputy president said: 'We have had fruitful discussions with the Head of Service (HOS) and we condemned in its entirety the civil servants' financial misdemeanour.

'We also frown at the forgery of certificates and ages by the workers. It is also our request that you should look passionately into the case of those who over-borrowed with a view to letting them continue the loan repayment based on the terms and condition on which they obtained the loans. 'Our request is predicated on the fact that we are not just doing business with you, but we have had a good relationship with you. There are records to show how sympathetic you are to workers and I know that you are the only one, who can assist the workers at this time.'

In his response, Governor Oni disclosed that he had already handed off the matter to the civil servants themselves to handle, dismissing the insinuation that he was out to punish the workers. He maintained that civil service rules would be applied strictly in addressing the issues, saying; 'I am not a civil servant. I don't know what the civil service rules say, but I can assure you that whatever that is provided in the rules will be applied strictly. This is because we cannot continue to circumvent the laws, which I sworn to uphold to satisfy some people and dissatisfy others.

'Besides, I have come to terms with the fact that each time I tried to introduce human elements like sympathy to issues, there are problems. Also, when a decision cost conscience, infringement on laws, I want to avoid taking such decision.'

Oni, however, assured the labour leaders that workers who got their loans in line with the stipulated Civil Service Financial Regulations would be protected and shall be bound by the terms and agreement under which they got the loans.

Nevertheless, he revealed that the process of migrating the state housing loan to the National Housing Fund (NHF), adding that the NHF could give longer tenor of repayment. Civil servants in the state stormed the streets on Tuesday protesting sudden upward review of the interest rates payable on government loans in the state.