Nigeria And The Pathway  To Genuine Peace. 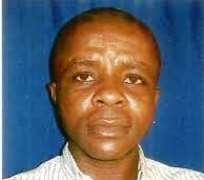 At a well attended forum organized by the Justice Development and Peace Centre (JDPC) Catholic Archdiocese of Lagos on Saturday 22nd September, 2018, to mark the world peace day, the Director, Rev. Fr. Raymond Anoliefo, among other things stated that ‘no nation best typifies a country in dire need of peace and social cohesion among her various sociopolitical groups than Nigeria adding that over the years, myriads of sociopolitical contradictions have conspired directly and indirectly to give the unenviable tag of a country in constant search of social harmony, justice, equity, equality, and peace.

When you boil down precisely this sad news with the current happenings on the nation’s political space, bearing in mind the demands of sustainable development goals by the United Nations which covers a broad range of socioeconomic issues-poverty, health, sanitation, education, climate change, water, energy, environment and social justice, life in Nigeria quoting Thomas Hobbs, becomes nasty, brutish and short as the country has become a hotbed for all manners of violence.

Indeed, as argued by the JDPC and the vast, majority of Nigerians, while the masses diminish socially and economically, the privileged political class continues to flourish in obscene splendor as they pillage and ravage the resources of our country at will. This malfeasance at all levels of governance has led to the destruction of social infrastructures relevant to a meaningful and acceptable level of social existence for our people.

No wonder the recent Maternal and New Child Health (MNCH2) report by a UK-DFID funded programme stated that Nigeria loses about 700 Nigerian children daily as a result of different preventable health challenges.

Also supporting the believe in the writer’s opinion that the current leadership like their predecessors may not be interested in promoting justice and fairness, the two necessary ingredients for peace, is the asymmetrical handling of the National Youths Service Corps Exemption Certificate mêlée involving Mrs Kemi Adeosun, the nation’s erstwhile Finance Minister and a member of the ruling party. And the orchestrated investigation of the incumbent governor of Ekiti State, Peter Ayodele Fayose a member of the opposition Peoples Democratic Party (PDP) by the Economic and Financial Crime Commission (EFCC).

While the EFCC has on the 12th September 2018 caused a memo to the Comptroller General of the Nigerian Customs Service stating inter alia that Mr. Fayose is a flight risk being sought for infractions which include abuse of office, corruption, and money laundering, and it was important to tighten surveillance on him as his exit from office draws close, the former Finance Minister who has admitted wrongdoing in the National Youth Service Corp (NYSC) exemption certificate brouhaha was allowed unhindered movement in and out of the country.

Clearly, I am not against Fayose’s investigation by the anti-craft body-the EFCC as their action is factually backed by a well-considered Supreme Court decision in the case of FAWEHINMI v. IGP (2002) 8 SCM 77 where the Supreme Court held that ‘although a governor enjoys immunity from arrest and prosecution, he does not enjoy immunity from investigation. Any criminal allegation against a sitting governor can be investigated pending the time the governor leaves office and loses immunity’. However, the findings of such an investigation according to the judgment can also be the basis for initiating impeachment proceedings against the governor.

Very explicit position but what has obviously caused concern among the watching world is the dexterity deployed by the EFCC despite the assurances by the governor of his willingness to submit himself for interrogation and questioning at the Commission’s office on a specified date while maintaining an undeserving silence on the Kemi Adeosun saga- a silence analysts described as not golden but betrayal.

Nigerians with discerning minds, this appalling state of affairs in the country have exposed the evil that is rooted deeply in the whole structure of our nation. It has revealed the system rather than the superficial flaws in the administration and the federal system that we practice.

Without minding what others may say, Mr. President’s inability to handle all the wrongdoers equally, in my opinion, has further lent credence to the belief in some quarters that though he started off with high moral standards, strong convictions and determination to beat down corruption. It has however become obvious that he cannot live up to those good intentions as he lacks the strong determination to deal with all transgressors, and without exception.

These fears expressed by the writer and of course the watching world may not be described as unfounded as some pointers of the alleged corruption that the current administration has not satisfactorily handled bears eloquent testimony- 233million naira Secretary to the Government of the Federation, Baba Chir grass-cutting fraud; the 25billion Dollars NNPC scam contract allegedly involving Baru; NIA Boss 43 million Dollar loot; 3.2 Billion naira Aso Rock clinic scandal which Aisha Buhari said had been expended in supplying medicals in Aso Rock clinic which lacks a common syringe; the fraud alleged against Abba Kyari to mention but a few. Adding fire to this controversy is the Transparency International’s recent rating of Nigeria as one of the most corrupt countries.

This development no doubt has propelled Nigerians to conclude that there is something deeply troubling about leadership in Nigeria in relation to handling issues judiciously, their disdain for facts, and lack of curiosity for new information that might produce a deeper understanding of problems and policies that he is supposed to wrestle with on behalf of the country.

To disabuse the minds of Nigerians, the Federal Government apart from prosecuting the former Minister to serve as a deterrent to others, should take a step to fishing out the person(s) that prepared/issued the certificate for the erstwhile minister as well as the legislators who blackmailed her into releasing undue funds to the National Assembly, running into billions of naira for exercising power and responsibility not as a trust but as an opportunity for private gain. Failure of the FG to act in this direction will in the writer’s views translate to ‘allowing criminality and certificate forgery to percolate into the streams, waters, and oceans of our national polity’.

Catalyzing the process of building the Nigeria of our dreams, it will like JDPC argued require a sincere and selfless leadership, a politically and economically restructured polity brought by the national consciousness that can unleash the social, economic and political transformation of the country while rejecting the present socio-economic system that has bred corruption, inefficiency, primitive capital accumulation that socially excluded the vast majority of our people.

Above all, to completely put things right, the Federal Government must recognize, and position Nigeria to be a society of equal citizens where opportunities are equal and personal contribution is recognized and rewarded on merit regardless of language, culture, religion or political affiliations. If we are able to achieve this, it will once again, announce the arrival of a brand new great nation where peace and love shall reign supreme as no nation enjoys durable peace without justice and stability, without fairness and equity!