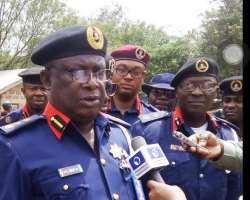 The Deputy Commandant General of the Nigeria Security and Civil Defence Corps in charge of Operations, Hillary Madu Kelechi has assured that the NSCDC will ensure full security throughout the election.

He said 10,073 operatibes of the NSCDC were deployed for the election in Osun and assured the people of the state of adequate security.

He said the NSCDC was working together with other sister security agencies to ensure smooth conduct of the election.

The Osun State Commandant of NSCDC, Mr Ebenezer Aboluwoye said the operatives of the corps were well equipped for the assignment.