If Only Reuters Can Get It Right 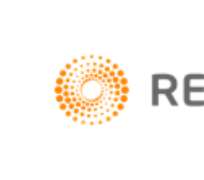 Nigeria is certainly not Myanmar, which this month jailed Wa Lone and Kyaw Soe Oo, two Reuters journalists for crimes that the country’s leader, Aung San Suu Kyi said had nothing to do with freedom of expression as the news agency would have the world believe. It is instructive that Aung San Suu Kyi was a poster child for western interests and was beholden to Reuters in her days as an opposition figure. A switch in role from opposition to the ruling government taught Suu Kyi that the wellbeing of her country cannot be left to cavalier theories pushed by countries that deal with scenarios that are far removed from the waking realities of other countries.

As Suu Kyi told a conference of the World Economic Forum in Hanoi that “They were not jailed because they were journalists, they were jailed because ... the court has decided that they have broken the Official Secrets Act.” This is a law Nigeria cannot afford to dredge up to deal with the worse damage being done to our dear country by Reuters and other international news wires in its mould even when their intentions for Nigeria appears at every turn to be geared towards dragging the country into a morass far deeper than the one in which Myanmar currently wallows as a country that barely escaped the definition of a failed state.

Unlike Myanmar, where the world rightly points to the persecution of the Rohingya Muslim insurgents as a hate crime, Nigeria has a different problem with Boko Haram and one would expect that this much would be clear to the imperialist interests that take the decisions at Reuters. The newswire appears resolute on reporting Nigeria into failure by propping up Boko Haram as a parallel state instead of reiterating its status as a global terrorist organization that is perverted in every single one of its actions. Reuters is experienced in doing this: it had, alongside other western counterparts, reported Suu Kyi from an extremist opposition figure into a Nobel Laureate Winner only to launch propaganda that again consigned her to the status of a pariah.

Reuters’ story, “Nigerian military struggles against Islamic State in West Africa: sources” is therefore condemnable in the strongest terms possible. The purposeful mischief infused in the story is most unacceptable. One wonders if Reuters would have done the same if the country involved were the United States, United Kingdom or any of the other client states whose agenda Reuters is committed to implementing across the world.

The claim that hundreds of Nigerian troops have been killed reads like something that was lifted straight out of the script that the terrorists and persons known to have been sympathetic to them have been pushing around the country. If this newswire were to report troop deaths of the earlier mentioned countries it would stick to the professionally acceptable process of quoting competent and properly identified sources – medical doctors, family, troops commanders, defence ministry and official government spokesperson – as opposed to the phantom sources cited in the entire length of its report. It has somehow taken the judgemental stance that the official government position on the matter is not acceptable to it and even go the extra length of derisively casting aspersion on the government authorities each time it has to reference them.

Reuters’ jaundiced view is that “The fatigued, ill-equipped government troops have reached breaking point,” leaving one to wonder if the news organisation took stock to realize what contributions it lies made towards the production of this outcome assuming it was true. It is curious that this news platform can publish this opinion as fact when comments on troops’ capability would be anathema to it when discussion the US or UK military. A logical explanation for such irresponsible conduct is that the platform places itself in the position of the colonial news services that is committed to advancing the cause of the imperial empire it serves to the disadvantage of the colonized lands.

That Reuters decided to name and brand Boko Haram as “Islamic State in West Africa (ISWA)” is instructive and indicative of the problem the entire West African Region would face once it is time for the news agency to validate its reporting. To justify its use of that name it would help promote terrorism across the entire region so that it would not be accused of using a misnomer. In collaboration with likeminded platforms, it has successfully deliver on such branding in the Middle East where it actively gave the world the Islamic State of Iraq and the Levant (ISIS) – same brand it is now trying hard to plant in our backyard.

If the government troops ““are running out of weapons, ammo and basic equipment,” claimed by Reuters’ source, it is only logical that some self-recrimination is called for on the organization’s part. On one hand it had fully backed regimes and interests that place weapons at the disposal of terrorists in major hotbeds across the world while on the other hand, its lies against Nigeria soured relations with nations that should have been useful in partnering with Nigeria to sell arms and hardware to degrade and defeat Boko Haram.

It is also disingenuous that Reuters created the impression that instances where Nigeria defeated Boko Haram in battles were only made possible by its francophone neighbours. Reuters must have told this lie to back up its contemporary, the Agence France-Presse (AFP), which has done much to cover the double dealings on the part of Niger, Chad and Cameroun that have expended more resources housing the terrorists than they have committed to the joint military force to fight them. Not even a weak attempt was made to hide the French hand in the pie as the famous source presented as a different persons for the entire length of the story is one “Vincent Foucher, who studies Boko Haram at the French National Centre for Science Research.” Touché!

Had the newswire stuck to its assertion that “It was not immediately clear how control of that territory (control of the Lake Chad Basin) has changed in recent months,” it would have at least told one redeeming truth. But it went on to lie and re-present its lies as gospel.

If Nigeria’s Defence Minister Mansur Dan Ali told Reuters last month that “The country has been stable for the past three years,” one then wonders why the more attractive angle for it was to paint a picture of gloom and doom, of deserting troops and thousands killed – yet the country still has a standing military.

Gudumbali, one of the places that Reuters placed under the hallucinatory control of Boko Haram, played host to the Chief of Army Staff (COAS), General Tukur Buratai just a few days ago. Could it have been possible for the Army Chief to move freely in a town occupied by Reuters’ “Islamic State in West Africa (ISWA)”? Reuters could have taken a tour of the town, with its reporters, photojournalists and editors. It would have given them better insight of what the Nigerian Army led by Buratai has achieved in keeping Boko Haram in check. This act of mischief points to one worrisome fact. The war against Boko Haram has spilled beyond the physical battlefronts and the government must empower the military, particularly the Army, to fight the terrorists and terrorist media propaganda.

If only Reuters can get it right perhaps it would help boost the morale it wrongly claimed is missing in the military. But it is pointless baiting one’s breadth in the hope that Reuters will have a reawakening and turn a new leaf to be on the side of humanity, it simply is not engineered to be that responsible. The onus is on the Nigerian military to shale of the lies being told about the state of affairs in the north east of Nigeria and continue to deliver on its mandate.

Agbese is a human rights activist and contributed this piece from the United Kingdom.