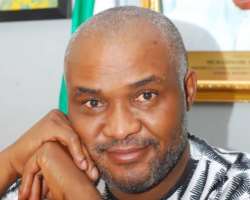 I begin by making a personal confession so as to make full disclosure about my position on participation in qualitative and transformative politics as a Nigerian.

My confession is that I am a robust and firm believer in the political philosophy of Plato, one of the best known original thinkers from Ancient Greece.

Plato’s political philosophy is encapsulated in his recommendation that only philosopher – kings should wear the toga and leadership garb of political office holders since decision making and implementation to improve the living situation of the nation state and the citizenry can best be piloted by the best and those vastly knowledgeable about virtues. Plato made an allegorical comparison of leaders with sailors and affirmed that sailing a ship takes skills and competences and not a popularity contest.

For Plato, competence should be the qualification for leadership.

Argued differently, it can be stated that Plato’s political concept is governed by his well-founded apprehension that if the knowledgeable and competent persons abandon the field of governance in the hands of nitwits and never-do-wells, it follows therefore that the nation state would not just be ruined but the educated and technocrats stand the risk of being led by idiots.

As a student of Plato’s political school of thought, I do not share the general fallacy in Nigeria that politics is dirty and should be left for cultists and armed thugs.

However, believing in the genuine concept of Plato’s political thoughts is not the same as living in self-denial in such a way as not to acknowledge the rapid devaluation of politics and governance in the twenty first century Nigeria.

The fact that is indubitable is that the political or ruling class is dominated by persons who were railroaded into offices and recruited without any form of adherence or respect for the best global practices whereby only the best should be good for leadership. Nigeria is one place you see an old retired military General who overthrew democracy and ruled without a constitution for twenty months over 30 years ago was still railroaded into office of President of a twenty first century Nigeria. Nigerians ironically puts new wine in old wine skin and hope to witness technological advances even when an analogue person is at the helm of affairs in the country. This is existential hypocrisy at its apogee.

Nigeria of today has reached a climax whereby those who wield political powers at different levels have started redefining hypocrisy and falsehood to look like acceptable statecraft and those who should speak out are afraid of losing out in the bonanza of sharing national cake with Mr. President as chief cake sharer.

I will begin my conversation from the part before getting to the whole which implies that I will analyze the political health status of local government's tier of government vis-à-vis the state which is the second tier and then round up at the center which is the Federal Government.

And I ask: what does the constitution recommend as the best form of government in all levels of governance?

Section 14 (1) gives us the clearer picture of how and in what form should governance in Nigeria be patterned after.

That section says: “The Federal Republic of Nigeria shall be a state base on the principles of democracy and social justice.”

For the avoidance of semantic gymnastics, let me state that the framers of the constitution told us that the application of the word “SHALL” means that it is obligatory and binding on all authorities and persons.

Section 1 of the constitution also offered the aforementioned extrapolation when it states thus: “The constitution is supreme and its provisions shall have binding force on all authorities and persons throughout the federation of Nigeria.”

Dwelling on the examination of the constitutional format of the governance process and system in Nigeria, will logically take us to what the constitution stipulates as how local government administrators ought to be selected and or elected.

But the crop of governors we have had since the return of democracy in 1999 have also exploited the weakness of the state houses of assembly to emasculate the independence and democratic system of governance at the local councils. This was also this Supreme court's interpretation of section corruptly obtained by the thieving governors which depicts the state assemblies as enjoying the powers to exercise the ways and manners of running the councils to such an incredible extent that those who understand simple English grammar are left wondering how on Earth can any sane being interpret the clear intendment of the section 7 of the constitution which states that democratic choices of leaders of local government councils ate guaranteed.

The governors have successfully elevated hypocrisy to an art form in such a way that local government area councils in their respective states have all been operationally and financially weakened through the running of what they roguishly termed state local government’s joint account which is a cesspool of corruption and a channel through which council fund from Federation Account are laundered and stolen.

It has now become fashionable to notice that most local government area councils are administered like the colonial outpost of governors.

It therefore follows that the killing of democratic governance structure at the local council level has bred widespread poverty at the rural areas which are homes to about sixty percent of the population of Nigeria. Poor local government governance means dysfunctional infrastructural facilities and ballooning poverty.

The demise of local government councils has resulted in phenomenal rural to urban drift which has distorted urban planning in the respective state capitals and has increased urban poverty.

At the state levels, political godfathers have always made sure that only their foot soldiers are manipulated to win the juicy slots of governors and for the duration of the stay in office of these governors, the majority of them usually deliberately fail to develop and transform the state of infrastructure in their states.

The collapsing and failing state of infrastructures in these states come about because of the criminal collusion of the members of the house of Assembly populated by contractors affiliated to the governor.

The states of the Federation of Nigeria is afflicted by the ghost of self-centeredness even as the welfare of the citizenry becomes secondary to such an abusive level that the electorate are only good for what these politicians have now baptized as stomach infrastructure.

The system of administration of stomach infrastructure flows from the governors who operate like emperors and goes down to a few poor people through some bogus schemes supervised by the wives of governors. The devaluation of good governance inevitably comes from political hypocrisy.

Political hypocrisy breeds nepotism and nepotism breeds corruption just as corruption leads to the erosion of integrity in the system and erosion of integrity in the system gradually leads to a general state of dejection, failing infrastructures, mass poverty, high crime rate and frustration which spirals into breakdown of law and order by even those clothed with the powers to enforce the provisions of the constitution.

Political hypocrisy at the state level has assumed frightening scale to an extent that state governors who are about ending their second term of four years are using all unlawful means to manipulate their stooges and in the case of Imo state, Rochas Okorocha plans to install his son-in-law as his successor in office and sponsor his wife to run for office of house of representatives and himself to retire as senator representing his Orlu Zone.

In Lagos, the reign of a strong godfather known as Bola Ahmed Tinubu has become formidable because he picks and choses who becomes governor of Lagos state.

The political hypocrisy in the state dovetails into the hijack of all juicy offices by the state governors who dishes out patronage and favours to his boot lickers and in the case of Lagos state, the godfather is the chief revenue collector or so it is alleged. The political godfather of Lagos also installed his wife Remi Tinubu as senator representing the biggest constituency in Lagos.

However, the biggest arena for political hypocrisy is at the federal level as it is now.

The head of the executive arm of government is president Buhari who has subscribed to the provisions of the constitution.

This same holder of the office of president who took an oath firmly holding on to the Holy Scriptures of his religion, to abide by the tenets of the constitution, has been found wanting on many fronts such as nepotism which offends the presidential oath of office.

President Buhari has also failed to comply to section 14 (3) on the necessity of observing the federal character principle in the area of appointments just as his administration has been accused of concentrating all the juicy offices and projects to his state of birth which is Katsina.

The head of the executive arm of government is seen manipulating security forces and anti-graft agencies to embark on politically motivated witch hunt of perceived opponents just as these attacks have escalated with just few months to the 2019 polls..

Nigeria has never witnessed the scale of naked partisanship displayed by the police and all the anti-graft bodies and most especially the Economic and Financial Crimes Commission (EFCC) which has an acting head that was seen been decorated with a campaign badge of the incumbent president who is running for re-election for a second and final four years tenure.

The lack of transparency and accountability has become so clear in such agencies like NNPC, Nigerian Ports Authority and the Ministry of Aviation whereby over N2 billion was frittered on the so-called branding for a proposed national carrier that has no single plane only for the same administration to postpone the inauguration indefinitely. Governance at the federal level now resemble the modus operandi of organized crime gang.

The father of all political hypocrisy is that the two successive budgets have provisions for halting medical tourism but the president and his family members travels to Germany and UK for healthcare and the incompetent minister of health sees nothing wrong in this.

The Nigeria of now has indeed redefined hypocrisy amongst the political class and hypocrisy has become a political religion for the current government.