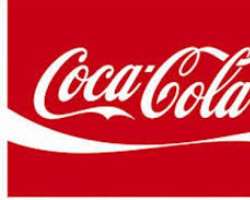 Never let it be said that Coca-Cola Co. can't tell which way the wind is blowing. Jumping onto a growing trend, Coke is exploring a possible alliance with Aurora Cannabis Inc.,  Bloomberg reports . Coca-Cola is primarily interested in “drinks infused with CBD—the non-psychoactive ingredient in marijuana that treats pain but doesn't get you high.”

While talks are still developing, just the speculation has caused Aurora stock to surge today. This news follows  recent announcements by alcohol heirs Adolphus Busch V and Jim Beam's Ben Kovler, who are choosing to focus on weed over the family business. Some beer companies, like Lagunitas,  are already churning our cannabis-laced beer.

No word yet on whether Coke's product would mix the company's signature product and weed, which would likely result in a hopped-up yet mellow buzz akin to Red Bull and vodka? Or just a straight-up, relaxing, CBS-based beverage. But as cannabis legality becomes more widespread, we suspect these types of beverages will as well.