Nasiru Gawuna Is The New Deputy Governor Of Kano State 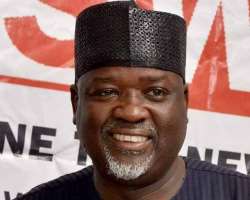 Alh. Nasiru Yusuf Gawuna has been confirmed as the new Deputy Governor of Kano state by the House of Assembly members.

Recalls that Gov. Abdullahi Ganduje on Monday, forwarded Gawuna’s name to the state assembly for screening and confirmation as deputy governor.

He has been a member of the All Progressives Congress (APC) in the state since 2014.

Until now he was the commissioner for Agriculture in the state.

Gawuna replaces Prof. Hafiz Abubakar, who resigned as deputy governor on Aug. 5, 2018 and defected to the Peoples Democratic Party (PDP).

Ganuwa’s appointment was confirmed by the Kano State House of Assembly during plenary which was presided over by the Speaker, Kabiru Rurum.

The Majority Leader, Bappa Dan-Agundi, moved a motion for the screening of the nominee and the motion was seconded by Zubairu Masu.

The nominee was unanimously adopted by the lawmakers after he was asked to recount his achievements as two-time commissioner for agriculture in the state.