Code of Conduct Bureau Inducted into ‘FOI Hall of Shame’ 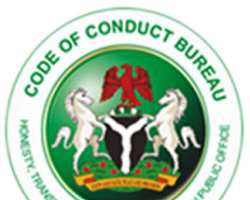 LAGOS, Monday, September 17, 2018: The Code of Conduct Bureau today joined the ever-growing list of public institutions occupying the “Freedom of Information (FOI) Hall of Shame” as Media Rights Agenda (MRA) named the Bureau this week’s inductee for its troubling refusal to comply with its obligations under the FOI Act and enforce the provisions of the Law which would help it achieve its institutional objectives.

He noted that the Bureau had failed to carry out its obligations under the FOI Act, including its duties to submit annual FOI implementation reports to the Attorney-General of the Federation, to proactively disclose certain categories of information, to designate an FOI Desk Officer to whom requests for information from the public should be directed, and to train officials of the institution to ensure effective implementation of the Act.

Established in 1979, the Bureau has a mandate to maintain a high standard of public morality in the conduct of government business and to ensure that the actions and behavior of public officers conform to the highest standards of public morality and accountability.

Mr. Gbadamosi said: “The Bureau has clearly failed Nigerians in this its core function and is itself perhaps the greatest obstacle to the maintenance of high standards of public morality in the conduct of government business. We are confounded by its persistent refusal to disclose to requesters the assets declarations made to it by public officers based on flimsy excuses despite the provisions of the Para 3(c) of Part One of the Third Schedule to the Constitution, which makes it quite clear that the Constitution intends that citizens should have access to such assets declarations.”

Mr. Gbadamosi said the Bureau, like all other public institutions, is required to proactively publish certain types of information listed in Section 2(3)(a) to (f) of the FOI Act, by various means including print, electronic and online sources, adding that the Bureau has failed to comply with this mandatory requirement of the Law as well as several other duties and obligations that it has under the Act.

He also accused the Bureau of failing to comply with its statutory reporting obligations, observing that since 2011, when the FOI Act came into force, the organization has submitted only one annual report on its implementation of the Act to the Attorney General of the Federation in accordance with section 29(1) and (2) of the Act and the Guidelines on the Implementation of the FOI Act issued by the Attorney General. He explained that the Bureau ought to have submitted seven of such reports by February 1, 2018.

Mr. Gbadamosi said the Bureau’s lack of consistency in the submission of annual reports to the Attorney General of the Federation makes it virtually impossible to determine the number of applications for information that it has received and the number of such applications that it processed and granted.

He noted that there was no indication that the Bureau had provided appropriate training for its officials on the public’s right of access to the information held by it as well as on the effective implementation of the Act as required by section 13 of the Act.

According to him, although the Bureau has created many departments, units and committees and has designated officers to oversee these, it has done nothing towards the implementation of the FOI Act and has not designated an FOI Desk Officer to be in charge of receiving requests from the public and the overall implementation or the Act within the institution.

Mr. Gbadamosi said the Bureau had not published the title and address of such an officer whether on its website or anywhere else despite the clear mandatory provisions of the FOI Act, which requires all public institutions to do.

MRA launched the “FOI Hall of Shame” on July 3, 2017 to draw attention to public officials and institutions that are undermining the effectiveness of the FOI Act through their actions, inactions, utterances and decisions.