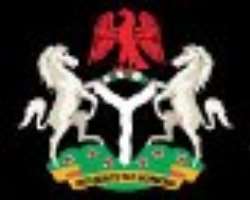 The Police Service Commission today, Friday, September 14th, 2018 met with the Management of the Nigeria Police Force led by the Inspector General of Police, Ibrahim Idris.

The Commission at the Meeting, the first since its inauguration by Mr. President on July 25th, 2018 rolled out its programmes to ensure that the Nigeria Police Force returns to its glorious days.

The Chairman of the Commission, Alhaji Musiliu Smith, a retired Inspector General of Police who conveyed the Commission’s position on the current state of the Nigeria Police and steps to salvage its dwindling image said the Commission will no longer consider officers recommended for promotion who have not attended requisite training programmes and passed prescribed examinations required for their next rank.

He lamented that promotion courses have been jettisoned in the Police Force with Officers enjoying several promotions without attending the expected training programmes attached with each rank. From now and henceforth, Alhaji Smith announced that one of the conditions for promotion must be attendance and passing the senior Command Course for senior officers and other prescribed courses for others.

The Chairman also advised that every Police Officer should be a licensed driver so that during operations, the sudden incapacitation of the team’s driver should not necessarily pose a serious danger to the rest of the team.

He spoke on Police postings and frowned at the rampant and irregular postings of officers, stressing that an Officer should be allowed to stay at a new post between two to three years. Conversely he expressed displeasure on the long stay of Officers posted to the Police Mobile Force, where he said some Officers overstay. He called for a stop to the practice.

The PSC Chairman also expressed concern at the indiscriminate conversion of Police Specialists to General Duty without due consideration to their valuable role in the Force. “There is official procedure for conversion and henceforth, this should be strictly followed. Officers recruited to work in the workshop, signals and other professional Departments/Units should be left and encouraged to pursue their career progression from there since their services are also needed by the Force”

He directed the IGP to revisit recently carried out conversions, and return them to their special departments they belong to adding that new nominal roll will soon be demanded.

Alhaji Smith spoke on Police uniform and called for a harmonized method of producing them so that it will be the same from a reputable source. He made a case for a standard and modern barracks which he said will enhance effective community policing.

The Chairman said the IGP should look into the physical fitness of his men to arrest the growing population of pot bellied Police Officers.

Speaking at the Meeting, The Inspector General reaffirmed his firm determination to transform the Nigeria Police to a more people-friendly, disciplined, effective and efficient police Force bearing in mind the change agenda of Mr. President.

He noted that discipline “which is the foundation upon which the Nigeria Police Force is built will be continuously sustained”, He solicited the support of the Commission to ensure that the highest level of discipline is elicited from members of the Force.

IGP Idris reminded the Commission of his recommendation of some AIGs to be promoted to DIGs to replace the retired ones. “This will help the Force to continue to pilot the affairs of the force at the strategic level and also assist the Police in preparing for the speedily approaching Osun State gubernatorial election and the 2019 general election”

He urged the Chairman of the Commission to use his good offices and to get assistance for the Police from the federal government to enable the Force surmount some of its encumbrances.