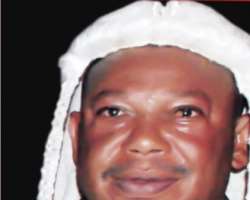 In every country of the world where democratic system of government is practised, the people are usually the centre of focus. Because the real essence of democracy is the integration of the feelings, sentiments, views and opinions of the majority into the policies and programme of government in the overall interest of society.

That is why the legislative arm in a presidential system of government, as we have in Nigeria, is most crucial, sensitive and vital owing to its vagaries of functions. The legislature is occupied by lawmakers who represent a people of delineated geographical areas and they automatically become their eyes, ears and mouthpiece in governance. No wonder constituency briefing is an integral part of the legislative process.

More importantly, is their role of checks and balances. They wield constitutional powers to checkmate the usurpation and arbitrary display of power by the executive. The legislature does not only control executive excesses but stands against corruption of power.

They achieve this through various legal instruments at their disposal. They are independent and should be above selfish manipulation. They can remove the governor from office on the ground of impeachable offence but the governor cannot remove a legislator on any ground. This is what a true legislature should be. House members are expected to be honourable, men and women of impeccable character with right intellectual measure, refines and obsession of democratic principles. That is why a legislator, who knows his onus, radiates aura of correctness, confidence, dignity and hope for the people he represents. The job is never meant for all comers and accidental politicians. It is a serious business.

I am not delivering a lecture on the legislature but only trying to show that Imo state has been caught up in the web of clueless 8th House of Assembly under the leadership of Rt. Hon. Acho Ihim, the Speaker, Imo State House of Assembly.

I have followed the activities of the House of Assembly and its members since inception, it is clear that Imo has never had it this bad in all her years of existence as a state. The Assembly is worst than it is been portrayed in the media as a congregation of ‘o yes boys’ that gathered without a cause of positive societal interest except to advance the course of the executive.

It is a House of peculiar class without an iota of knowledge on what a State House of Assembly should be. Their operational mode contradicts every known practice any where in the world. It is a House running against itself in opposite direction.

In the centre of the sorry state, is the leadership led by Rt. Hon. Acho Ihim. Under his watch, the House conspicuously blurred the principle of separation of power between the executive and the legislative arm of government and has entrenched servitude. It has proved without qualms that the IMHA is an appendage of the executive. Law makers operate on part-time basis but got paid with Imo resources for jobs not done.

They come to plenary only when their spirit directs them. In fact, some of the members do not even know the date and time for plenary sessions. Of course, sitting in Imo House of Assembly has no fix time. That is why they must relax the rule at every plenary so that the sitting will exceed the usual I pm, especially when they have personal goals to achieve. In serious minded State Houses of Assembly, like Lagos, sitting starts at the exact time and not later than the usual.

It is only when the arbitrariness going on in the House affects the selfish pursuit of any member that they cry foul. For instance, recently, the Speaker had a running battle with some members of the House regarding the lack of due process and high handedness he adopted in the removal of the former majority leaders, Hon, Uche Oguike, member representing Ikeduru state constituency and his replacement by Hon. Lugard Osuji, member Representing Owerri Municipal Council. It was a flagrant show of legislative flaw differing from democratic norms.

Hardly had this happened than Imo people saw the unwarranted suspension of four members of the House purportedly loyal to the deputy governor who is being witch-hunt by the governor for his aspiration. Due process has become an aberration in IMHA.

It is unfortunate that IMHA is a place where anything goes. House members no longer remember their constitutional functions but operate as though they are accountable only to themselves. Their constituents count for nothing.

It was therefore not surprising that the speaker at a point led a group of lawmakers to move for the endorsement of Chief Uche Nwosu for governor. No doubt that Chief Uche Nwosu has the right to vie and be supported by whomever, but for the number three citizen of the state to posture as if the endorsement is with the consent of the constituents is morally wrong.

While Imo people were still struggling to come to terms with the superfluous actions of Rt Hon. Acho Ihim and his House members, they woke up to hear that the 3rd‘most powerful Imolite’, Rt. Hon. Acho Ihim has become the Okigwe deputy zonal coordinator of Uche Nwosu Campaign Organization. It was a huge embarrassment, not just to the people of Okigwe his immediate constituency, but to Imo people in general.

Expressing concern on the action of Rt Hon Acho Ihim on his appointment as the zonal deputy coordinator of Uche Nwosu Campaign Organization, one of his kinsmen, Vicent Okpalaeke, former South East Zonal PDP Secretary, said “Let me be blunt with you, for me he is an embarrassment. He is not somebody that should represent anybody in whatever capacity. The way he has even led the Imo House of Assembly is one of the reasons Imo people are crying” (Nigerian Horn, Tues. August 15th edition). Yet I wonder if any bill from IMHA has ever received governor’s assent. The reason why there is virtually no such assent is because the legislative arm has lost its powers and exists only in its own imaginations. The members are shadow chasers.

I do not want to talk about the filthiness of the Assembly complex. From the entrance stair case, one is heralded with debris of various trashes such as littered sachet water nylons, empty can containers and various heaps of dirt.

Inside the complex tells another ugly story. Apart from the offices, press gallery and plenary chamber which have semblance of habitability, other places such as the veranda and corridors are nothing to write home about. Some of the openings at the top of the complex from where wires were run are still open till date.

Let me quickly say that there are one or two honourable members who have risen to their responsibilities. In a cursory study we did, even the staff of IMHA recognized the hard work and dedication of these very negligible number of serious minded House members. I do hope that their constituents recognize their efforts. I have celebrated them in one of my write ups and will do that again.

The aim of this piece is to encourage our people to be more careful in choosing their next lawmaker in the next election. I shall serialize the contributions of the law makers along the line of their duties in the next edition. I shall do that from one local government to another. It will enable Imo people to know truants, self seekers and contract chasers. I will begin with my own representative, Hon. Lawman Duruji, member representing Ehime Mbano State Constituency. Keep a date!