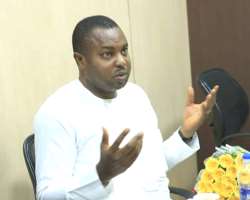 Governor Ifeanyi Okowa of Delta State has been described as a visionary leader who have continued to impact on all facets of the economy in the state, especially in job creation through skill acquisition.

The acting Executive Secretary, Delta State Technical and Vocational Education Board, Engr. Smart Ikem, who stated this while speaking with journalists in Asaba, said that the governor had performed creditably beyond the expectation of Deltans.

Engr. Ikem, however, thanked the governor for the role his administration had played in transforming the Technical Colleges and Vocational Centres in the state and the Delta State Employment and Expenditure for Result (SEEFOR) project for the financial support from the World Bank and the European Union thus far.

The Executive Secretary reiterated that through the SEEFOR intervention, all the courses in the six technical colleges have been fully accredited by the National Board for Technical Education, Kaduna, adding that he would collaborate with the stakeholders to fast-track the accreditation of trade courses in the vocational centres in the state.

He solicited the cooperation of the staff of the Board and other stakeholders to enable him consolidate on the achievements recorded by his predecessor, Comrade Mike Akpobire, saying that he have been part of the journey as well as the success story of the Board.

While describing vocational skills as the springboard for employment generation and poverty reduction, Engr. Ikem advised youths in the state to show interest in skill acquisition, just as he reiterated that through skill acquisition the people would be entrepreneurs rather than job seekers.