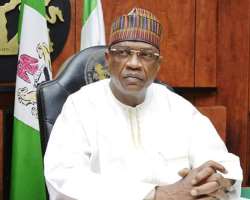 Gov. Ibrahim Gaidam of Yobe State has signed into law the State Penal Code Amendment Law 2018 which prescribed punishment for rape, kidnapping and unnatural offenses which were becoming rampant in the state and other parts of the country.

"Our administration has taken measures to curtail them and ensure the protection of societal morality...Every society acknowledges the relevance of morality to the sustenance of societal discipline", the governor said.

H.E Gov. Gaidam spoke today during the signing of the bill into law, as passed by the State Assembly, at the Council Chamber, Government House, Damaturu.

The governor said the bill he signed into law "made provision for the amendment of section 282 of the Penal Code to institute the maximum punishment for rapists, kidnappers and those who commit unnatural offenses".

"Furthermore, whoever is ascertained and convicted to have carnal knowledge, against the order of nature, of any man, woman, or animal is said to have committed an unnatural offense and shall, on conviction, be punished with imprisonment for a term that may extend to 25 years or not below 14 years".

H.E Gov. Gaidam also said that a register of convicted rape and related offenders will be kept by the court and "will be made accessible to the public to portray the shameful act committed by the culprits".

The governor assured that his administration will continue to support the judiciary to ensure speedy dispensation of justice and adherence to the rule of law.