Sheikh Baba-Tune Of Kaduna Dies At 75 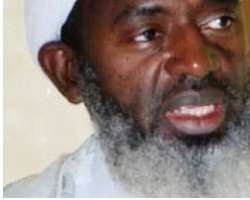 Baba-Tune was the Chief Imam of NNPC Jumaat Mosque in Kaduna and had served as Chairman of Kaduna State Council of Imams. The cleric, who died at the age of 75, left behind two wives and 21 Children.

He has been buried at Dambo cemetery in Zaria.