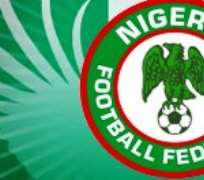 LAGOS, Monday, September 10, 2018: Media Rights Agenda (MRA) today inducted the Nigeria Football Federation (NFF) into its “Freedom of Information (FOI) Hall of Shame”, accusing the agency of carrying out its activities under an institutional cloak of secrecy that has enabled corruption to flourish in the football sector in Nigeria, frequently causing the country avoidable embarrassment.

In a statement in Lagos by its Programme Manager for FOI, Mr Ridwan Sulaimon, MRA noted that “over the years, the NFF has exhibited an intolerably high level of disregard for basic principles of transparency and accountability in the mistaken belief that it is above the Laws of Land and neither accountable to the Government nor the people of Nigeria.”

According to Mr Sulaimon, an assessment of the NFF’s level of compliance with the FOI Act shows that the institution failed woefully across all the indices as it has been operating as if it has no business with the FOI Act or with being transparent and accountable to Nigerians about its dealings and activities.

He said “it is truly shameful that the NFF has not taken any meaningful steps to comply with or implement the FOI Act in any way. More specifically, it has not published either on its website or anywhere else, the information that Section 2 of the Act requires all public institutions to proactively publish and disseminate widely to members of the public through various means, including print, electronic and online sources.”

Mr. Sulaimon accused the NFF of failing to publish even routine information such as the name of its president, other officials or its mandate as well as information relating to its contractual agreements and other financial dealings with other institution, thereby carrying on its business in secrecy and in total disregard of its duty to inform the public about its operations.

According to him, “Under Section 29 of the FOI Act, the NFF ought to have submitted seven annual reports on its implementation of the Act to the Attorney-General of the Federation as of February 1, 2018. In reality, the institution only submitted one report, for 2012, and has failed to submit the mandatory annual reports for all other years till date.”

Mr. Sulaimon said: “As a result of the failure of the NFF to submit its annual reports on its implementation of the FOI Act, as required by Law, information on how many requests for information the institution has received annually since 2011, how many of these it has processed and granted and how many of the requests it denied each year, among others, are not available anywhere, except for 2012.”

He noted, however, that “If our own recent experience at Media Rights Agenda is anything to go by, the NFF apparently attaches no importance to requests for information from the public and does not have a track record of responsiveness to such requests.”

According to him, “Very recently, Media Rights Agenda wrote a letter dated June 8, 2018, to the NFF asking it to provide us with a list of footballers, coaches, other football officials as well as supporters, government officials and their aides who travelled to Russia for the 2018 World Cup and whose travel expenses were covered through public funds. We asked for details of the sources of funds that the NFF had received relating to Nigeria’s participation in the 2018 World Cup, the amount received from each source as well as the total amount received, among others. The NFF did not even dignify the request with a response, even if to simply acknowledge receipt and has till date not provided us with the requested information.”

On Section 13 of the FOI Act which requires every public institution to ensure the provision of appropriate training for its officials on the public’s right of access to information and for the effective implementation of the Act, Mr Sulaimon accused the NFF of repeated failure to comply with the Section, saying that there is no indication that it has ever bothered to provide any training in this regard for its officials and personnel.

He also highlighted Section 2(3)(f) of the FOI Act, which mandates every public institution to publish the title and address of an appropriate officer to whom applications for information by the public should be sent, and accused the NFF of also failing to comply with this requirement, citing as evidence the fact that the title and address of the FOI Desk Officer for the NFF is not published on its website or anywhere else as well as the fact that no FOI Desk Officer for the NFF is listed in the Database of FOI Desk Officers for Public Institutions compiled and published by the Office of the Attorney General of the Federation.

Mr. Sulaimon therefore urged the President of the NFF, Mr Amaju Pinnick, to take advantage of the current brief calm in the institution to re-build its image by ensuring that it complies with all its duties and obligations under the FOI Act and, more significantly, that it becomes transparent and accountable to the Nigerian people.

He said: “The fact that Nigerians love football and desire that the country remains a prominent member of the global football community should not be mistaken by the NFF as a licence for it to abandon good governance practices and principles in the management of football in Nigeria. Indeed, we note that indiscipline, lack of transparency and accountability, and corruption in the management of the sport have largely been responsible for Nigeria’s inability to realize its full potential in this area and we would be demanding a total re-evaluation of the terms of our continued engagement if there is no noticeable change in behaviour.”

MRA launched the “FOI Hall of Shame” on July 3, 2017 to focus attention on public officials and institutions that are undermining the effectiveness of the FOI Act through their actions, inactions, utterances and decisions.