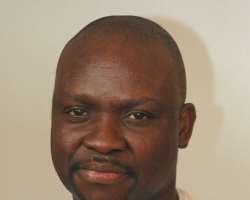 The Ekiti State Government has said that the administration ofGovernor Ayodele Fayose did not commit the State to any financial institution in form of bonds and commercial loans, pointing out that “no loan can be granted without the approval of the Debt Management Office (DMO) and the Federal Ministry of Finance and that these two offices should publish details of any loan taken by the Fayose administration, including the banks that granted such loans.

The government, which said the State Governor-Elect, Dr. Kayode Fayemi was already preparing excuses for his impending failure, declared that “unlike him (Fayemi) who was not courageous enough to answer questions on his administration before a duly constituted probe panel, Governor Fayose is not afraid of being probed either by the State or Federal Government.”

Special Assistant to the governor on Public Communications and New Media, Lere Olayinka, said on Sunday, in a reaction to claim by Fayemi on the State's debt that “Ekiti State indebtedness stands at N59.5 billion that was either directly inherited from the Fayemi’s administration or incurred as a result of the loans restructuring done at the instance of the federal government and the Federal Economic Council.”

“Particularly, the N10 billion grant released from the Excess Crude Account for capital projects was fund that should normally accrue to all States.

“Most importantly, we admit that the State workers are being owed four months’ salary and this was occasioned by the monthly deductions from the State allocation as a result of huge debt incurred by the Fayemi administration. Even the N9.5 billion bailout fund was for the payment of the arrears of salaries and deduction left unpaid by the Fayemi’s

government.”
Olayinka accused the federal government of deliberately refusing to release legitimate funds belonging to Ekiti State to the Fayose government, having concluded to rig the governorship election for Fayemi.

He said N22.6 billion refund on federal roads construction, N2.1 billion arrears of Budget Support and N14.1 billion Paris Club refund, making N38.8 billion, which should have been paid to the State since June is billed to be released in November to Fayemi’s government.

While declaring that there was no way he (Fayemi) can equal what Fayose’s government did in the last four years and that ground was already being prepared for his disastrous brief tenure, the governor’s spokesperson counseled Fayemi to face the task of defending the mandate that those who held on to legitimate funds belonging to Ekiti State helped him to steal instead of threading the usual path of deceiving the public to cover up his impending failure.