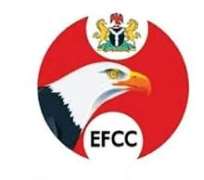 The Economic and Financial Crimes Commission says it is considering a petition written against Alpha Beta Consulting and the petition will undergo processing.

A former Managing Director and Chief Executive Officer, Alpha Beta Consulting, Mr. Dapo Apara, had accused the firm of tax fraud to the tune of N100bn.

In a petition to the EFCC, Apara stated that Alpha Beta, the firm given exclusive rights to monitor and collect Internally Generated Revenue on behalf of the Lagos Government “has become an avenue for official corruption of government officials, a conduit pipe for massive money laundering scheme, tax evasion, among other vices.”

In the petition which was written by his lawyer, Adetunji Shoyoye and Associates, the ex-CEO claimed that the fraud had been covered by powerful politicians in the state.

The petition signed by Adetunji Adegboyega on behalf of the law firm, read in part, “Over the years the company has been protected and shielded by some powerful politicians and people in the society which made them to always boast of being untouchable, but our client, feeling the need not to keep quiet again and strengthened by his belief in the fact that the government of President Muhammadu Buhari is keen on fighting corruption, which has been the bane of our country, is of the firm belief that it’s time to expose and open the can of worms called Alpha Beta Consulting.”

Adegboyega, who confirmed the authenticity of the petition to our correspondent on Friday, said his client was willing to provide more information to the EFCC if need be.

He said, “The petition is genuine, we wrote it to the EFCC but we have not been contacted. The former MD believes there is a lot of corruption in the country and decided to blow the whistle in line with the anti-corruption policy of the government.

“When they call us, we will provide more documents and other information.”

In separate posts on his official Twitter handle, Apara said a simple investigation would reveal the fraud perpetrated by the company.

Apara urged the EFCC to quickly begin work on the petition which was submitted in July 2018.

He added, “The EFCC investigation should be simple and straight forward. Not rocket science. Alpha Beta has been IGR consultants to the Lagos State Government since 2002, earning about 10 per cent and has generated IGR of about N1.5tn (yes trillion) excluding FAAC and loans.”

Alpha Beta could not be reached immediately for comments. When one of our correspondents contacted the phone numbers on the website of the company, the lady who answered the call said she had nothing to say about the report.

Also, officials of Lagos State Government declined to comment on the matter.

However, EFCC said it would consider the petition if submitted to the agency.

The Spokesman for the EFCC, Mr. Wilson Uwujaren, said this in a message sent to our correspondent.

He said, “If the petition has been submitted to the commission as claimed, it will be processed like all other petitions.” – Punch