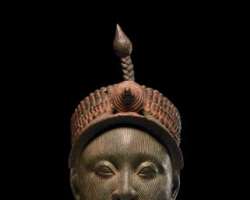 Pan Yoruba Youth organizations, Igbimo Odo Yoruba, has raised an alarm about a plot by the Federal government, to clamp down of some leaders of the Nigerian Leaders and Elders Forum, comprising of Afenifere, Northern Elders Forum, Ohanaeze Ndigbo, Pan-Niger Delta Forum(PANDEF) and Middle Belt Forum), with the aim of weakening the group's perceived opposition, to the Buhari's administration, by using the Nigerian Police Force and the Department of State Services, to execute a series of arrests targeting key chieftains of the groups, such as Comrade Yinka Odumakin, Dr. Junaid Mohammed, Chief John Nwodo, Dr. Isuwa Dogo, Chief Ayo Adebanjo and others, on trumped-up charges.

The group alleged, in a press statement released Friday by its Coordinator, Comrade Olufemi Lawson, in Lagos that the plot also involves executing illegal searches on residential and business premises, of persons believed to be arrow heads of the groups, with the ultimate objective of silencing them, so as cripple their criticism of the Buhari led APC administration in the country.

The youth group also alleged that the plot is aimed at decapitating the any opposition to the "now unpopular" government of President Buhari, which is desperately seeking a second term in office, come 2019.

Making reference to the recent illegal raid on the Abuja residence of Elder Statesman and Niger Delta Leader, Chief Edwin Clark, the group alleged that it was the first step in the series of orchestrated actions geared towards silencing the opposition to the Buhari's regime, which has been mainly championed by the Nigerian Leaders and Elders Forum.

The group further stated that the glaring failures of the APC administration in the country, and the increasing agitation for the Restructuring of the country, being spearheaded by the Elders and Leaders, is responsible for the Federal government's plot , to clamp down on those persons, who are now considered to be the arrowhead of the opposition to the Buhari's government.

According to the group, the increasing resort to dirty tactic fits into the pattern of the Buhari's administration abuse of federal institutions, including the police, DSS, the military and the regulatory agencies, to harass and intimidate the opposition.

The group also stated that the recent events are proof of the desperation of the Buhari's administration, which it alleged is determined to make sure that Nigeria is plunged into chaos, through its anti-democratic activities.

“We are therefore using this medium, to alert Nigerians and the international community, of the evil machinations of the Federal government and the APC, to throw Nigeria into crisis. We also call on Nigerians and the global community, to take note of the desperate tactics of this administration, and do whatever they can to prevail on President Buhari, not to plunge the country into chaos,” the group further stated.

The group warned that any crisis arising from the desperate antics of the Federal government, would not augur well for Nigeria and her democracy, adding that the country “must not be allowed to be plunged into crisis for whatever reason.”