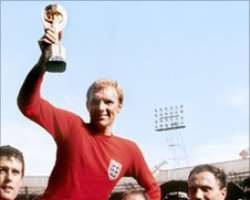 The UK feared the presence of communist North Korea at the finals in England could cause diplomatic shockwaves.

But denying the squad entry could prompt the “disaster” of a relocated World Cup, warned a Foreign Office memo now released by the National Archives.

“You can imagine what the papers would make of this. We would be accused of dragging politics into sport.”

At the time the UK did not officially recognise the state that had proclaimed itself “The Democratic People's Republic of Korea” back in 1948.

British officials feared that allowing its attendance at the 1966 finals would cause problems, particularly with South Korea.

“The simplest way to solve the problem might be to refuse visas to the North Korean team,” said a Foreign Office memo months before the finals.

“But if we do this the consequences could be very serious. Apparently Fifa has made it very plain to the FA (Football Association) that if any team [that] has won its way through to the finals is denied visas then the finals will take place elsewhere.

“This would be a disaster for the FA. You can imagine what the papers would make of this.

“We would be accused of dragging politics into sport, sabotaging British interests and so on.”

An FA letter warned the government against risking losing the World Cup.

“We must not risk the possibility of these Championships being taken away from this country after we have spent some four years in preparation and, of course, involved ourselves in a very considerable financial outlay,” the letter said.

Problems were also envisaged if restrictions were imposed on North Korea once the tournament was under way.

It was decided that the North Korean flag could be flown at matches, but national anthems were only played before the opening game and the final.

North Korea progressed to the quarter-finals, with England famously achieving their only World Cup triumph that year.