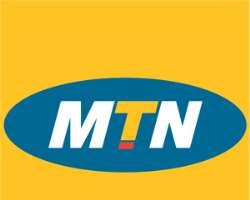 Lagos, September 4th, 2018: Following the receipt of the letter from the Central Bank of Nigeria on foreign exchange repatriation, MTN Nigeria (“the Company”) has today provided an update on the company’s position on the issue. The company has also notified the market, and all stakeholders that it has received a notice from the Attorney General of Nigeria that he intends to recover up to US$ 2 billion of tax relating to, inter alia, import duties, VAT and withholding taxes on foreign imports/payments.

MTN continues to strenuously deny the allegations being made by the Central Bank of Nigeria and has provided further clarity on the company’s position. MTN equally strenuously rejects the findings of the Attorney General’s investigation and believes it has fully settled all amounts owing under the taxes in question.

It is both regrettable and disconcerting that despite the historic engagements with the Nigerian authorities by MTN Nigeria, the senate investigation into the CCI matter, and the multiple tax assessments done by the Nigerian tax authorities over many years that were satisfactorily concluded, that these matters are being reopened.

Speaking on the CBN allegations MTN Corporate Relations Executive Tobe Okigbo said: “From the CBN’s own letter and subsequent statements, it is clear that there is no dispute that the capital captured in MTN’s books and for which CCIs were issued was imported into Nigeria, and this is acknowledged explicitly by the CBN. It is equally clear that Nigerian law provides for guaranteed unconditional transferability of funds through an Authorised dealer in freely convertible currency relating to dividends or profits attributable to the investment, payments and in respect of loan servicing where a foreign loan has been obtained.”

He went on to say: “All dividend repatriation done by MTN Nigeria to its shareholders was done on the basis of its equity capital and all the historic dividends were declared against valid equity CCIs and in fact no preference dividends were declared and no interest in respect of these preference shares was paid. This means that it is incorrect to suggest that the conversion of a shareholder loan to preference shares has any relation to the repatriation of dividends. The two are simply not connected and we are trying to understand this position that the Central Bank has taken.”

Speaking on the Attorney General’s ‘demand notice for historical tax obligations, Mr Okigbo said: “MTN has conducted a detailed review of these claims, and provided evidence of tax remittance to the Attorney General’s office. The Attorney General’s notice indicates that he is rejecting this evidence. We believe that all taxes due to the Nigerian government have been paid and these allegations have not been raised by any of the revenue generating agencies that MTN engages with regularly, and from whom MTN has received numerous awards for compliance.”

MTN Nigeria will continue to engage with the relevant authorities on all these matters and we remain resolute that MTN Nigeria has not committed any offences and will vigorously defend its position.

Update on the CBN letter on foreign exchange
MTN Group and the original shareholders injected a total of $402, 625,419 into MTN Nigeria between 2001 and 2006 in the form of loans and equity. These initial inflows were the basis for the issuance of various legacy CCIs obtained from Authorized Dealers in accordance with regulations. The inflow of capital has been confirmed by the CBN.

The CCI process is essentially in place both for the protection of investors as well as to provide the CBN with documentary evidence for monitoring capital inflows and outflows. Although over time the CCIs have been re-issued, consolidated and re-constituted to reflect the changing MTN capital and shareholding structure, the amount of 402, 625,419, has remained the same.

The Attorney General’s notice of intention to recover tax

The Attorney General notified MTN that his office made a high-level calculation that MTN Nigeria should have paid approximately $2,0 billion in taxes relating to the importation of foreign equipment and payments to foreign suppliers over the last 10 years and he requested MTN Nigeria to do a self-assessment of the taxes in this regard that have been actually paid.

In August 2018 MTN submitted comprehensive documentation to the office of the AG. MTN Nigeria has also completed an initial assessment of the full period which indicates that total payments made to the tax authorities in regard to these foreign imports and payments in aggregate are $700 million. There are valid reasons for the differences between the actual payments and the AG high-level assessment.

We were notified by the office of the AG last week that they have not accepted the documentation presented and they have given notice of an intention to recover the $2.0bn from MTN Nigeria. Based on the detailed review performed MTN Nigeria believes it has fully settled all amounts owing under the taxes in question.