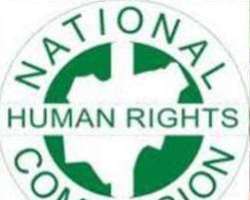 Lagos, Monday, September 3, 2018: Media Rights Agenda (MRA) today inducted the National Human Rights Commission (NHRC) into its Freedom of Information (FOI) Hall of Shame, describing its failure to comply with key aspects of the FOI Act as “a disappointing violation of the rights of citizens to information by an institution established specifically to protect and defend their rights.”

Announcing the induction of the NHRC inductee into the FOI Hall of Shame, MRA’s Programme Director, Mr. Ayode Longe said: “It is disheartening that the National Human Rights Commission, a strategic public institution established with a specific mandate to promote, protect and enforce human rights, has consistently been in violation of this important citizens’ right which is widely regarded as an enabler of all other rights, when it should be actively engaged in assisting citizens to exercise the right and enforcing compliance by other public institutions with their obligations under the Act.”

Reminding the Commission of Resolution 59(1), adopted by the United Nations General Assembly on December 14, 1946, in which it noted that: “Freedom of information is a fundamental human right and … the touchstone of all the freedoms to which the United Nations is consecrated,” Mr. Longe argued that the NHRC cannot be effective in its role as a national human rights institution if it is itself in breach of such a fundamentally important right.

The NHRC was established by the National Human Rights Commission Act of 1995, as amended, in line with Resolution 48/134 of the United Nations General Assembly which enjoins all member states to establish independent national institutions for the promotion, protection and enforcement of human rights. The NHRC serves as an extra-judicial mechanism for the respect and enjoyment of human rights. It also provides avenues for public enlightenment, research, and dialogue in order to raise awareness on human rights issues.

Mr. Longe said: “We have noted with serious concern that over the last seven years that the FOI Act has been in force in Nigeria, the Commission has persistently neglected to comply with some of its obligations under the Act, particularly those which are aimed at enabling citizens exercise their rights under the Law, thereby undermining in its fundamental duty of enhancing the exercise and enjoyment of the guarantees of human rights in Nigeria”

He accused the Commission of disregarding Section 2(3)(f) of the Act which mandates every public institution to designate an appropriate officer to whom applications for information should be sent and to publish the title and address of such an official as well as Section 13, which requires all public institutions to ensure the provision of appropriate training for officers of the institution on the public’s right of access information and records held by the institution for the effective implementation of the Act.

According to him, “Despite the failure of the NHRC itself to provide appropriate training for its officials as required by the FOI Act, we are aware that over the years, civil society organizations like Media Rights Agenda and the Right to Know have provided some training for officials of the Commission at the NGOs’ own expense in order to sensitize them about the FOI Act and enable them to implement the Law better. We are naturally disappointed that the institution has apparently not taken full advantage of the training as its implementation of the Act has not been exemplary.”

Besides, he observed, the Commission failed to proactively publish and disseminate the only report that it has submitted, which it is also required to do by the Act, as the report is not available on its website or publicly.

According to Mr. Longe, the Commission has also failed to publish and widely disseminate most of the 16 categories of information that the FOI Act requires every public institution to proactively publish and widely disseminate, including a list of all classes of records under its control in sufficient detail to facilitate the exercise of the right to information under the Act; a description of documents containing final opinions including concurring and dissenting opinions as well as orders made in the adjudication of cases; documents containing information relating to the receipt or expenditure of public or other funds of the institution; and documents containing the names, salaries, titles and dates of employment of all employees and officers of the institution, among others.

He noted that these and other categories of information that the FOI Act requires public institutions to proactively publish are intended to advance transparency, accountability and ultimately good governance.

Stressing that human rights abuses thrive in atmosphere of secrecy and disregard for laws, Mr. Longe warned the Commission that by its attitude of non-compliance with key provisions and requirements of the FOI Act, it was undermining the very reason for its existence which is to advance respect for human rights in Nigeria and to protect the fundamental rights of citizens, including those recognized in the Constitution as well as in regional and international human rights instruments.

He said the Commission’s failure to comply with its reporting obligations under the FOI Act has deprived oversight bodies such as the Office of the Attorney-General of the Federation and the National Assembly as well as the public of vital data about its implementation of the Act, including the number of requests for information that it has received annually over the years, the number it has granted or denied, how many cases went to court and how they were determined, among several other relevant information on the implementation of the Act.

Mr. Longe remarked: “Although we are aware that the Commission has been largely responsive to requests for information from members of the public, its own failure to rigorously comply with its reporting obligations under the Law has resulted in our inability to resolve this issue in its favour as we do not have a full picture of the number of requests it has received annually over the last seven years and the number it has responded to in order to make a reliable assessment about the level of its responsiveness.”

Saying that it has no excuse whatsoever for not complying with some of its critical duties and obligations under the FOI Act, he called on the Commission to put its house in order by setting in motion the machinery required to fully implement the Act within the institution and comply with all its obligations to the letter.”

He said: “The NHRC must not only fulfil its obligations under the law, it must also show itself as a shining example in all matters relating to the promotion, defence and respect for human rights and the rule of law in Nigeria.”