Nigerian Youths:not Young But Too Poor To Run 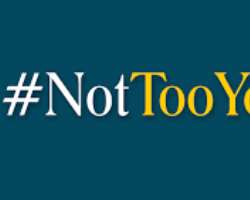 Over half of Nigeria’s population is made up of youths. And just as we all know, democracy is a game of number. The majority would always have their way while the minority would only have their say on any national issues. This axiom, to a large extent, puts the Nigerian youths at a greater advantage in the political calculations. By their large number, they are supposed to be part and parcel or major influencers of government’s policies, decision making process, implementation and enactment of laws pertaining to our dear nation.

As we approach 2019 general elections, the youths of this country are expected to play a vital role in the electioneering processes. In fact, the winner of any election at any level will be the one who is able to mobilise, attract, convince or cajole the highest number of youths towards his/her camp. This perhaps, partly explains why at every slightest opportunity, the political gladiators in the land keep throwing baits at our youths.

Take for instance, few days ago, despite being a nabob,AlhajiAtikuAbubakar with his wealth said his expression of interest and nomination form to contest in the presidential primaries of the People Democratic Party (PDP) was bought for him by the youths of this country. This sounds incredible, isn’t it? Not done, declaring his interest to also run for the highest office in the coming general elections, Dr. OlubukolaSaraki, the current Senate President said: “ I have decided to answer the call of teeming youth who have asked me to run for president “. Again, when the embattled Governor of Benue state was about to defect from the All Progressives Congress (APC) to PDP, he said: “I have consulted widely with our elders, our youths…they have unanimously endorsed that my stay in the APC has expired and I should look for another platform and that they would all follow me”.

All these instances underscore the importance of the youths in the forthcoming 2019 general elections. They also evince the fact that the frontline politicians jostling for one elective office or the other need the overt and covert supports of the Nigerian youths to achieve their political ambitions. The politicians equally know very well that without the youths, their political aspirations and indeed their relevance in the politycould be thwarted. This notwithstanding, the political gladiators still device means of using the high level of poverty, illiteracy and the sordid socio economic challenges bedeviling the nation in general to keep the youths within their arm’s length for touting their goals and agenda in the polity.

However, with the passage of the “Not too Young to Run Bill” into law, there ought to be a paradigm shift in the way and manner the Nigerian youths play their games or contribute their quota towards the advancement of the country. The new law has given the youths the constitutional backing to equally run for elective offices and stop being used as political paraphernalia for skullduggery in election matters. But casting one’s mind back to the last gubernatorial elections in Ekiti State, one may ask: “how many Nigerian youths are financially ready to run?”! It was alleged that the highest bidder won the last Ekiti State Governorship elections. Several media reports and election observers have it on record that voters were financially induced with as much as N5000 (five thousand naira only) - a punishable and gross violation of our electoral laws. Similarly, the huge cost of campaign and the high cost of purchasing the expression of interest and nomination forms in the major political parties will also make it largely impossible for Nigerian youths to compete favourably with their older moneybag counterparts. These maladies and malpractices in our elections make one to conclude that Nigerian youths are not young to run but extremely poor to run for elective offices in the country.

Besides, gullibility and/or sycophancy borne out of avarice and ignorance need to be addressed among the youths if they want to stand any good chance in 2019 general elections and beyond. Poverty of the mind is another tragedy of the “Not too young to Run Law”. While some youths do not have a mind of their own, those that have among them are largely pluralised along ethnic, religious and regional sentiments; thus making it impossible for the youths to speak with one voice, speak truth to power, condemn their marginalisation, reach a consensus; and meaningfully and constructively engaged the present leadership system which is more or less skewed against them.This obvious divisiveness among the Nigerian youths is providing the needed fuel for the older generations to continually renew and dominate the polity.

By and large, the Nigerian youths may have overcome the problem of age limit in contesting for the “juicy” elective positions in the country; there is still a lot of work to be done. Their standard of living needs to be improved upon; they equally need to create jobs and wealth opportunities for themselves in order to be financially independent. Advocacy and enlightenment campaign aimed at strengthening and promoting youth participation in governance must be encouraged. Our youths must deliberately pursue quality and functional education wherever they can find it. These are ways by which the aim and objectives behind the enactment of the “Not too young to run Bill” can be actualized. Otherwise, the Nigerian youths would remain poor to run for elective offices.

Shamsudeen Ayeni, a socio-political commentator, writes from Akute, Ogun State. He can be reached via: [email protected]