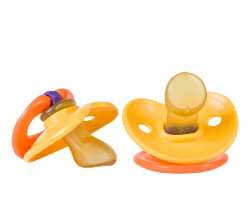 At last the verdict is in from World Powers: Nigeria’s President Muhammadu Buhari has failed. There are increasing signs that the West have withdrawn their support for President Buhari’s re-election bid. The tipping-point for the West it would seem, is the recent publication of the World Poverty Clock in June 2018, which shows that Nigeria has overtaken India as the poverty capital of the World.

There you have it. Figures do not lie. It will be placed on historical records forever that under President Buhari’s watch, Nigeria became the official poverty capital of the world. Even Britain’s Prime Minister Theresa May, President Buhari’s staunchest backer, cannot wish away the grim facts. Her man in Abuja has failed.

What we are witnessing now, is the traditional Western Powers’ diplomatic tap-dance of sending a message across to a failed African incumbent and his supporters. Their unanimous rhythmical message to President Buhari is “5-4-3-2-your time is up!”.

There is a pidgin English saying in Nigeria, “Fowl wey nor hear shish, go hear stone.” Literally translated it means, “when you make a shish sound to scare away a chicken, and it refuses to take heed and make amends, you hurl a stone at it.”

From the leaking of U.S. President Donald Trump’s personal assessment of President Buhari as “lifeless” after their recent meeting; to Theresa May’s public branding of Nigeria as home to the poorest people of the world during her recent African shuttle; on to the U.S. Ambassador to Nigeria Stuart Symington’s recent public remark in Ibadan paraphrased here, that “any society that cannot feed its citizens, should be considered a failed society,” the West seems to be making a shish sound at President Buhari.

From all indications, President Buhariwill not heed the shish warning. Adamant on maintaining his bid for re-election in-spite of Western misgivings, he appears to have spurned the West and turned to China instead. In deed he has jetted off to China with his wife and daughter as well as many elected and unelected members of his political party, in attendance. Expect the West to start throwing stones at him soon.

It is very easy to see why an incumbent African President who has been discredited by the West and his own people, would turn to China, for moral support in his bid to cling to power. For starters, Chinese “democracy” is different from Western democracy. Secondly the Chinese as a policy do not poke their noses into other nations political business. Thirdly the Chinese are not concerned about human or individual rights. That is why to put it simply, African dictators love the Chinese and the Chinese love African dictators.

Undoubtedly, dictatorship is the only route left for President Buharito travel on his way back into power. His one regret, once voiced publicly, is that the clock is not in his favor, having assumed office at a ripe old age. Nevertheless, he has started laying the cunning foundations for full blown dictatorship.

At the recently concluded annual conference of the Nigerian Bar Association (NBA), President Buhari caused quite a stir when he told hundreds of assembled lawyers that “the national interest is superior to the rule of law.” To say the least it was a sacrilegious comment somewhat akin to telling a gathering of engineers that experientialjudgementby technicians is superior to engineering analysis and design.

But for his adverse biological clock, brace yourselffor a third and possibly fourth presidential term enjoyed in the national interest, if President Buhari has his way. Effectively President Buhari, the Special Guest of Honor, was gratuitouslyadvising his legal hosts, that they should go and learn another trade!

Although no democracy can survive the subordination of the rule of law to the nebulous and subjective concept of national interest, it took the NBAat least five days to react to the President’s undemocratic bombshell. They did this in the final communique of their 58th Annual General Meeting.

Only the law courtsand not Governments should decide when national interests may overrideindividual liberties on a case-by-case basis.As this writer once commented in a long article (highly recommended by the way as a must read to all current and potential Nigerian Leaders) written amidst the euphoria that enveloped the nation after President Buhari’s electoral victory: it has been proven time and time again that anything left to the discretion of Nigerian political leaders no matter how well meaning they initially are, is immediately subjected to their potential indiscretion (“A Nation in Heat – Fait Accompli”, 2015).

Andhasthis Buhari Administration been riddled with innumerable,outrageous indiscretions? In deed this is a government of indiscretions, abuse of office and misuse of power. Its litany of misdeeds would fill the Holy Book.It is a total write-off. Believe me nothing good can come from this Administration. Worse still it will not go down quietly. It will bring the roof down on the nation. What we have witnessed so far is a wasted three years going to four.

What manner of integrity would make a man associate and cavort with opposition elements who only just yesterday he was demonizing as rogues and thieves. You just cannot have it both ways without apology. Either they were falsely accused by you in the past for stealing and embezzlement, or you are an unprincipled entity, out to feather your own political nest. None is suggestive of integrity. This writer has said it in the past, and I repeat it yet again.The fabled integrity is a scam.

President Buhari has a Robin Hood mentality. His Administration repeatedly robs the “rich” (read the Nigerian State and other Nigerian ethnic nationalities) to pay the “poor” (read the Fulani terrorist herdsmen and other Fulani expansionists). That it finds fanatical support amongsegments of the Fulani ethnic nationality is therefore understandable even if condemnable.

Integrity is not what you shout on the rooftops but what you do when no one can watch you, like “not pissing while inside a swimming pool”.The tragedy of Nigeria is that vast swathes of Nigeria’s intelligentsia, held hostage solely by their fragile egos, cannot come to terms with the fact that they are the swindled victims of an elaborate “integrity” scam. They are the real dummies.