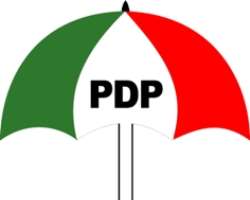 As political activities towards the 2019 general election gathers momentum, members of the Peoples’ Democratic Party, (PDP), in Isoko South local government area of Delta state, have cried out over alleged extortion of millions of naira from the Delta state house of Assembly aspirants under the PDP by a former commissioner in the state, Mr. Ross Uredi.

The party members described the action of the former House of Assembly member representing Isoko South constituency I, as corrupt and fraudulent, warning him to as a matter of urgency desist from any collection of “bribe” from Assembly aspirants in the area all in the name of securing ticket for them at the primary.

Lamenting the corrupt way and manner at which Mr. Uredi, allegedly extorts innocent aspirants of their hard earned money, a former contestant under the platform of PDP, disclosed how several millions of naira has been allegedly collected from one Ovuakpor Evivie, a “well known unpopular” aspirant, so as to be made the party flag bearer in Isoko South constituency I come 2019 general elections.

The former aspirant expressed disappointment over what he called “fraudulent” posture of Mr. Uredi, stressing that if steps are not taken by Governor Ifeanyi Okowa, PDP would be defeated in the area. Complaining about the attitude of Mr. Uredi, who is the current Isoko South PDP caucus leader, an executive member of PDP in Isoko South who

does not want his names mentioned, confirmed on phone that the former lawmaker, has allegedly extorted millions of naira from Mr. Ovuakpor Evivie, who is contesting for the Isoko South constituency I house of Assembly under the PDP.

“Hon. Ross Uredi, has collected huge sums of money from Ovuakpor Evivie, an indigene of Oleh community, with a promise to secure for him the party ticket against other popular aspirants in the constituency. This is not the first time Hon. Ross Uredi will be extorting money from the younger man”. According to the party official, in 2007, 2011 and 2015, Mr. Uredi, in similar manner, allegedly extorted Mr. Evivie through his late wealthy father, but the former commissioner could not deliver him and all collected money was refunded under duress. “Hon. Ross Uredi, has vowed to use his connection in governor Okowa’s government in making sure that Ovuakpor Evivie, is delivered this time around having extorted him millions of naira.

The said aspirant is very unpopular. We have so many popular aspirants in the constituency”, a female member of the party in the constituency said. Other members of the party have warned Mr. Uredi against any form of imposition of candidate on the people, saying that the party ticket is not for the highest bidders as such, extorting millions of naira from the said Ovuakpor, would not only make the party to lost out in the elections but kill the party.

The party members however used the medium to call on Governor Okowa to intervene in the matter and save the party from calamity. Our correspondent reliably gathered that the Delta State Oil Producing Areas Development Commission, (DESOPADEC), Executive Director, Finance and Administration, Mr. Askia Ogieh, known for his allege ‘corruption’ and ‘fraudulent practices’ such ‘extortions’, is also alleged to be in the extortion spree of aspirants in both Isoko South constituency I and II in the local government area.

All efforts by our correspondent to contact, Mr. Ross Uredi for comments proved abortive as all calls to his mobile lines could not connect while messages were unable to deliver. At press time calls to the DESOPADEC Executive Director, Finance and Administration, Mr. Askia Ogieh, and the Isoko South constituency I house of Assembly aspirant, Mr. Ovuakpor Evivie were not responded to. However, Evivie’s family member who pleaded for anonymity confirmed the alleged collection of millions of naira from their brother, Ovuakpor by the said Mr. Uredi.