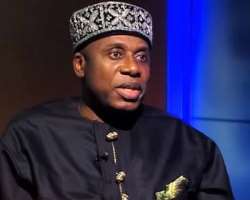 On official national assignment in China, the attention of the Honourable Minister of Transportation, Rt. Hon. Chibuike Rotimi Amaechi has been drawn to several wild, misleading, misguided and deliberately distorted stories and claims linking the Minister who is the Leader of the APC in Rivers State and the South-South region, to a purported ‘appointment’ of a Governorship Candidate for the APC in Rivers State for the 2019 gubernatorial election. To clarify this fallacy, the Minister restates that:

1. As an individual, a registered voter and a card carrying APC member from Rivers State, it’s the Honourable Minister’s inalienable, constitutionally enshrined democratic right to back/support/promote any qualified fellow party member of his choice, to aspire to be the candidate of the party in the State in the forthcoming governorship election or any other election.

2. However, as a true and thorough democrat, Rt. Hon. Chibuike Rotimi Amaechi, a foundation member of the APC and a leading light of the party, recognizes that the Party candidates for the 2019 general elections will be choosen/elected by party members through the prescribed democratic process in the party’s constitution, rules and regulations.

3. It is therefore preposterous, mischievous; wholly and intentionally disingenuous and deceitful for anyone to claim, allege or even insinuate that the Honourable Minister has “appointed” a governorship candidate for APC in Rivers State.