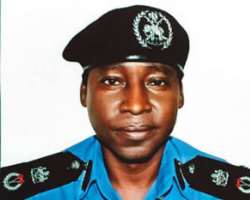 Delta State Police Command in its determination to bring crime to its barest minimum has arrested three suspected kidnappers who have been terrorizing top political personalities across the state, as well as high-profile pastors in Asaba and Ubulu-Uku communities in the state.

The Police Commissioner in the state, Mustafa Muhammad, who confirmed the arrest of the suspects to journalists in Asaba, said the suspects, Ariaka James, Ibori Philips, and Ekene Paul were arrested in Asaba and Ubulu-Uku by anti-kidnapping police team who acted on intelligence gathering in the early hours during its routine duty.

He said: “the suspects are helping the police at the State CID, and upon interrogation, they confessed to be members of a kidnap gang operating in the state”, adding that the police recovered from the suspects six cut-to-size guns and N600, 000.

According to the police boss, the anti-kidnapping team also arrested one Ibe Chukwudi who allegedly robbed one pastor John Osejie in Ugbolu community near Asaba, and recovered AK47 riffle from the suspect.

He warned that the police would deal ruthlessly with anybody who aids and abets or works with criminals in the state, the Police Commissioner drew the attention of members of the public to the unwholesome activities of some operators of orphanages across the state, saying that the police would soon embark on a raid of suspected orphanages where babies are being sold by the operators.

He however stated that the arrested suspects would be charged to court upon completion of investigation.