Rejection of PIGB Shows change has not come to Nigeria:- says HURIWA 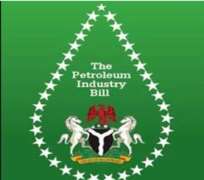 A prominent civil society group and a pro-democracy organization – HUMAN RIGHTS WRITERS ASSOCIATION OF NIGERIA (HURIWA) has condemned as 'intentional retrogression' and “a show of the will- not- to overcome”, the presidential rejection of the Petroleum Industrial governance bill (PIGB).

HURIWA also affirmed that the decision may after all not constitute any shock to most rational thinkers in Nigeria and globally, because it is a notorious fact that pragmatic governance change has not yet manifested in Nigeria even with much talked about change mantra mouthed by President Muhammadu Buhari and his officials. However, the Rights group noted that it has cost the Country humonguous amount of public fund to build up the proposed legislation that has just suffered political still-birth because it fails to meet the Northern agenda.

HURIWA in a statement averred thus: “These are some of the issues that are central to the lack of progress in Nigeria because those who preside over the topmost echelons of administration at the highly skewed federal system of government imposed on the collective through a military fiat brought into being by mostly Northern born military generals with a common regional agendum, take decisions at their whims and caprices governed not by public interest but by some nebulous but externally calibrated interests of those who go about believing that there would be no Nigeria without their ethno-religious clan.”

“How can we rationally justify the rejection of a body of work that went into the final draft of this proposed legislation (PIGB) on the vexed petroleum industry that seeks to give back some levels of ownership and control of their God-given resources back to the crude oil bearing communities only for the oitcome yo be jettisoned over a plate of AsoRock's tasty peppersoup?.”

“Why should Nigeria invests hundreds of millions of dollars sponsoring hundreds of consultative workshops at home and abroad on this same proposed PIGB legislation, only for the head of the executive arm to refuse to agree because his Attorney General who was his political associate when he was literally in the political wilderness wrongly interpreted the import of the legislation if signed and why should the president be so much concerned about losing his monopolistic control of the Petroleum Industry which in any event has never been one hundred percent? The multinationals control the Nigerian petroleum sector and are known to always corner the chunk of what accrues from the sales of the barrels of crude oil explored by them and a remnant of some Nigerian oil workers who are even working without any transparent metering system to determine what goes out from these rich crude oil fields.”

HURIWA faulted the reason adduced for the rejection that it may lead to the notion’s exit from organization of petroleum council (OPEC) just as it clearly stated that the sovereign interests of Nigeria far out weights that of OPEC.

“We absolutely condemn this ill-advised decision of Mr. president to reject a bill that so much intellectual works have gone into producing it just as valuable resources that could even have been deployed to clean up the messed up and impoverished Niger Delta oil mineral producing communities have been spent to reach a clearly acceptable determination of the final copy of the bill only for this sad end to be intentionally choreographed.”

“The president was badly advised because his powers, duties, functions are clearly spelt out in the Nigerian Constitution and no inferior legislation or statute has the jurisdictional competence to whittle down the powers of the president as stated in section 5 of the 1999 constitution which is the supreme law of Nigeria.”

“What has just played out has simply justified the well documented ideas by a British journalist Mr. Duncan Clarke in his book Crude Continent: the struggle for Africa’s oil prize. In the book this writer affirmed and he has just been proven right by president Buhari thus: “If you find that life has made you president of an oil-rich micro-state and you worry about inheritance, limited options may exist. One might be to hope for initial family succession, then a smooth and continuous dynastic follow-on akin to monarchical acceptance. History in Africa suggests low probabilities of success for this expectation. Another design might be to create a state edifice that itself corporatizes the oil game, co-opts antagonists, spreads wealth and benefits, and leads over time to more social and ethnic inclusiveness. So far both the first phases of each of these stratagems appear to be in play.”

HURIWA recalled that President Muhammadu Buhari had withheld assent to the Petroleum Industrial Governance Bill (PIGB). The decision is coming after 17years of rigorous consultations and legislative hassles on the document.

HURIWA said media sources averred that Buhari hinged his action on the argument that the bill reduces the president’s control of an industry that contributes the largest chunk to the national economy.

HURIWA quoted these sources as stating: “The president said those he contacted among his ministers, especially the attorney general and minister of justice, claimed that presidential powers have been passed to a technocrat who might undermine the interest of the president.”

HURIWA lamented that it is on record that in 2013, then Country Chair of Shell Companies in Nigeria, Mutiu Sunmonu, said their upstream exploration and production arm, SPDC, put on hold investment decisions on two key offshore oil and gas projects that would have cost about $30 billion until the new petroleum law was approved.

HURIWA recalled that two years later, chairman of the Petroleum Technology Association of Nigeria (PETAN), Bank Anthony Okoroafor, estimated that Nigeria lost $10 billion (N1.7 trillion) fresh investments due to the non-passage of the PIB. The Nigeria Extractive Industries Transparency Initiative (NEITI) in a policy brief later that year, put annual losses due to the non-passage of the bill at $200 billion. The brief also alerted that another $15 billion is lost yearly in fresh investments to regulatory uncertainties.

HURIWA quoted the Energy Information Administration, the statistical arm of the US Energy Department, in one of its report zs saying; “The amount of money that Nigeria loses every year from not passing the PIB is estimated to be as high as $15 billion."