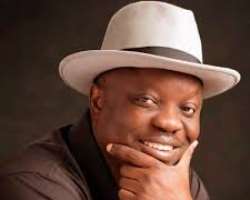 There is no art to detect cunning in a man’s heart. The cold breast and serpent smile often beguiles treachery hence President Buhari and Adam Oshiomhole, the Chairman of All Progressives Congress (APC), should be wary of fresh defector from the People’s Democratic Party (PDP), the former governor of Delta State, Dr, Emmanuel Uduaghan.

At Uduaghan’s defection to the APC, prominent chieftains of the party and close associates of Oshiomhole are suspicious of his motives. None of them believes that Uduaghan has the interests of the APC at heart.

Thus while Adam welcomes Uduaghan with open arms, his underlings and loyalists in the APC prepare for the worst.

Uduaghan’s antecedents incite worry from prominent APC chieftains who are of the belief that he is only planning to use APC once again for political gain.

However, in the annals and cutthroat world of Nigerian politics, the successful politicians have always passed off as ‘made-men’ or the Nigerian version of Italian gang-lords; the unsuccessful ones however, always pass of as lesser gangsters – disposable muscles at the bottom of the totem pole of the country’s political class. More often than not, the latter manifests on the political circuit like 50-cent prostitutes, or N50 commercial sex workers, if you like, jumping from one political party to the other, in desperate pursuit of the next plum political office or deal.

Yes, like a starved greyhound, Uduaghan has swallowed his own vomit. He has gobbled up his bile like a sumptuous dish of Starch and Banga soup; as you read he has recanted his scathing denunciation of the All Progressives Congress (APC), to suffocate the party in a crushing embrace.

It’s official; Uduaghan has ditched the People’s Democratic Party (PDP) to join the APC. The Capital findings revealed that Uduaghan achieved his bid to join the ruling party after pleading and groveling at the feet of the party’s chieftains for months, to accept him and save him from going into extinction with his under-achieving PDP.

If there was an avatar for instability and inconsistency, the rambunctious and rabble-rousing man would clearly fit the bill. Now, he is having a whirlwind soap opera romance with the APC, a party that he had riled and ridiculed its chieftains with too much bile and venom. Despite the touted benefits of his membership of the ruling party, Uduaghan’s recent political adventure has been likened to a moth’s fatal attraction to flame, by political pundits. He will certainly get burnt, so argued a source within the PDP.