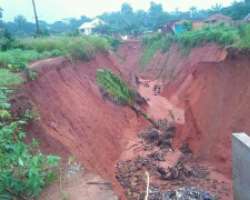 As the dawn ushered in a new day on the 29th August 1991, general Ibrahim Badamasi Babangida carved out the present geographical area known today as Anambra State. This was cracked out from the Old Anambra which was created from the East Central state in 1976 by the General Murtala Mohammed.

As it is a well known fact that a child who sees 12 calendar month is no longer a kid, it is a thing of interest to note that Anambra state has matured as an entity, with her own peculiar attributes. This peculiarity of attributes cuts across every sphere of the state's life, but most visibly on the aspects of her journey so far as a state, challenges, opportunities and the prospects.

To start with, the present Anambra state was carved out along with some other states, and like other states of the federation, it has also played host to a plethora of government, each of which served and left, leaving some imprints and vestiges behind; all aimed at making the state a better place to stay. Evidences abound as to what each of these governments employed so far by the state did or left behind in pursuance of the goal above, which were all significant in their own way and as such presented the state in good at one time or the other.

Every historical mind would testify that Anambra started her practical life considerably as a rural state, as it lost the somewhat developed Enugu capital city to the present day Enugu state, following the 1991 fracture. Nevertheless, the various governments that have come into power in the state have all attempted to make their own separate to upgrade the outward face and the developmental phase of the state by stoning down some of these statewide enigma. And in response to the efforts of these governments, starting from the military era of Navy Captain Joseph Abulu to this digitization era of Chief Governor Willie Obiano.

However, as Anambra state turned a year older, and in celebration of her 27th anniversary under His Excellency Governor Willie Obiano; it would be quite cogent and reasonable to unmask as it stands today, the present day challenges, opportunities and the prospects.

Subscribing to the old-century dictum that problems are inherent part of life, Anambra State as a natural entity is faced with certain problems of life.

Some of these challenges that try to make mockery of the "Light of The Nation" status of the state include:

Erosion Gully:
Erosion gully has been one of the most contumacious challenges bedevilling Anambra state and retarding her environmental outlook. Last year reports by Thisday shown that the state is currently challenged by over sixty erosion gullies, which all combine hands and make tireless efforts to confer her with a new title of the smallest state in the country. Anambra state has spent not less than 50 billion Naira in attempt to curtailing these erosion gullies and incarcerating the aged-long topographical problems of the state. Some of these erosion gullies that threaten the environmental beauty of the state include:

Okoh Erosion Gully, Nanka Erosion Gully, Ebenator Erosion Gully, among others. Further spread of this erosion problem can primarily be smothered by instituting strong penalty against indiscriminate dumping of refuse by Anambrarians. Governor Willie Obiano has really dished some plates of money and initiated some bands of measures towards arresting these problem, even as he has also attracted the mercies of the Federal Government and other International Organizations like World Bank, who have also made their own enormous commitments, but more attention and assistance are obviously needed from this higher government and international organizations, like IBRD.

Tax Avoidance:
As is common in other rich or poor states across the federation, a good number of taxable Anambrarians do not pay tax, but rather run away from it. Tax avoidance has a chain of effect both on the economic, social and and infrastructural branches of the state as it does not hold any good for the tireless effort made by the current government of H.E Willie Obiano to boost the IGR of the state to the tune of a N1.5NB monthly. Most people with viable sources of income in Anambra State do not pay tax, likewise their opposite counterparts; and all these jointly retard and slow down the developmental wheel of Gov. Obiano Administration.

Fears that things don't work out in Anambra:
Most Anambrarians have fallen victims of the irrational phobia and mentality that things don't work out here (in their own state Anambra), and thus have chased themselves to foreign lands where they massively invest all their 'lifetime' wealth, and immensely contribute developmentally, while their own state Anambra still burns night candle to speed up and maintain her own status of development. These were all among the principal reasons while Gov. Willie Obiano fashioned out the "Akụ Ruo Ụlọ Initiative". This clarion call, when responded to, will not only inflate the IGR of the state, but will also provide employment opportunities for the youths and citizens of the state, all of which serve as indices for measuring development.

For sake of terseness, other unflagging problems still retarding Anambra state as of today include flooding, religious politics, cultism, street trading, abandoned federal roads, illegal collection of revenue, absence of airports, absence of seaports, absence of stadium and other recreation centers, among others.

However debilitating these challenges may be, it is worthy to note that Anambra State has also proved indefatigable and maintained her developmental ride towards greater echelon. This indeed justifies the reason that the problems currently bedevilling the state are not as leviathan as those currently marring her other counterparts, owing that the state has been able to defeat most of the problems hitherto confronting her. Some of these already amputated problems include: the problem of godfatherism which paralyzed the state for a good number of years and guzzled funds that would had been channeled into capital development; problem of insecurity which made the state a danger zone and dreaded away all intending investors; problem of unpaid arrears, politics of bloodshed, kidnapping, criminality, among others. All these proudly counted as part of the giant strides of the incumbent Gov. Willie Obiano.

Currently, Anambra is a top safest state in the country and rated one of the best ten fastest growing states in the country. As the state has closed the door of Insecurity, doors and windows of opportunities have been wide opened. The state is now the safest and most economically viable for investors. Little wonder while many national, international and multinational companies and firms currently troop into the state to plant their wealth. These indeed have created a plethora of opportunities in the state, both employment and investment. The state government is open and ever ready for partnership and to welcome investors. The most interesting aspect of this is that all investments in Anambra state are assured of protection and promotion, courtesy of the state government, being the reason why Gov. Willie Obiano set up the Anambra States Investment Promotion and Protection Agency (ANSIPPA). This is one of the major reasons why Gov. Willie Obiano re-echoes and amplifies the Aku Ruo Ulo clarion call

Tourism is also another lump of opportunity that is yet unexplored in Anambra State. The state, being a home for antiquities has a lot of tourist sites, which when exhaustively developed and explored, would not only augment the IGR of the state, but also make the state a top tourist destination in the entire country, and also attract investments. Some of these tourist attractions include:

Furthermore, the industrial story of Anambra state has changed to better under Gov. Obiano as he has transformed the industrial life of the state. Awka, Nnewi, Onitsha, Ekwulobia and other industrial hubs of the state have been given a befitting outlook, thereby making the ground fertile and attractive to investors.

Agriculture has also received a great boost from the government of Gov. Willie Obiano, as he has transformed and made the agricultural sector of the state the most attractive in the country. Not only has the state started doing exploits with agriculture, there is now food sufficiency in the state, to the extent that she even started export some overseas to earn foreign exchange. Farmers in the state have also received greater attention and boost from the state government. The incumbent governor Obiano did not stop in mechanizing the system to make it attractive, incentives also abound for farmers in the state, and Anambra State Small Business Agency (ASBA) is ever ready to provide soft loan to all intending farmers in the state. And these hold a great lump of opportunities for the youths and all firms intending to invest in the agricultural sector of the state. The state does not only have good weather, but also has almost 100 percent arable soil.

Summarily, there are also other untapped opportunities and resources in the Anambra state, ranging from natural resources (natural gas, crude oil, bauxite, ceramics) to human resources. And all these are indeed beckoning and gazing at investors and explorers.

With all these, and as Anambra turns 27 today, coupled with the current quality leadership of the state under Gov. Willie Obiano, there lies a greater prospect for the state and her dream of becoming the light through which the nation shall see and be seen, both from within and outside the country. In the like manner, with the responses of Anambrarians to the Aku Ruo Ulo clarion call, which has brought a lot of investment to the state, there is also a great hope that unemployment will soon be a story of the past in the state, with the state's revenue profile uplifted to the expected status.

With the 21/21 landslide victory of Gov. Willie Obiano in the immediate past November 18th Gubernatorial election, there is also a great hope and prospects for the state, and having sound mind like Chief Victor Umeh in senate is also an addition to the prospect. With the bottom-top developmental approach of Gov. Willie Obiano, through which he dished out 40 million Naira to all the 177 communities in the state, there is a greater hope that even and speedy development will soon envelope the state.

As Anambra turns 27 today, there is also a greater hope that the lightness of the state shall shine forth brighter for the entire nation to see, and be delivered out of darkness already struggling to veil her beauty as a blessed nation.