Surviving as a youth in a Charley-Boy Republic! 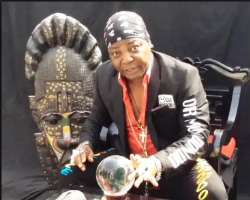 Charley-Boy, that Nigerian grandfather who feels he is still a boy used to run ( and may still be running) a TV show with a Unique Selling Proposition:EVERYTHING IS POSSIBLE . A Charley-Boy Republic is thus a republic in which EVERYTHING IS POSSIBLE and where everything also goes.( See Ik Muo; Nigeria: The Making of a Charley-Boy Republic, BusinesDay,3/12/11-20/12/11) That is where we are in Nigeria today. That is why we run an anomalous contraption in the form of a centralized federation; why the North moved from ¼ of Nigeria in 1966 to more than half as at 2018; that is why baby-mamasandbaby-papas, the brazen act of adultery, is now celebrated; why IPOB, singing songs is criminalized while herdsmen engaged in murderous orgies are being defended and treated with deodorant; why the only assurance of love today is a very BIG car; when the BBA reality show receives more attention than studies and plans for the future andwhere a snake can brazenly swallow a whole N36m! We are also in a hand-out economy in which government and politicians dole handouts rather than designing inclusive, sustainable and genuine poverty alleviation programmes. Thus you see government officials and politicians handing out keke, shoe-polishing and tea making kits to Nigerians. We also have money for votes, throwing money at a crowd of hungry people and the most recent one- sharing the Abacha loot to a faceless group of Nigerians. Neither the Charley-boy republic where everything is possible and where everything goes, nor thehandout republicprovides a secure, and prosperous future for the youth.

In my own days, I had admission into 5 universities and went to UI in 1977, with Ekene Dili-Chukwu bus for which I paid N5( Onitsha-Lagos) . My totalallaweefor the 12 months of my NYSC was exactly N2400 and I still saved enough money to furnish my post-NYSC room at home. I started working in 1982, bought a fresh Peugeot 504 for N8800, and used to service my car with N50, when the most expensive engine oil-SUPER V was N25. I bought a gas cooker for N250, a ceiling fan for N35 and the biggest Thermocool refrigerator for N450 and furnished my flat with N1000. Much later, I flew from Jos to Lagos with N27. These things look so good to be true but at that time, we felt we were suffering. And unless we all consciously do something now, tomorrow’s youths will still face a worst scenario than those of today!

The youth is the age range between 18 and 25( Catholic Church) 14-24 ( UNESCO) or 18-35( Nigeria). It is the time of freedom, when people have energy, dream dreams, have vibrant, can-do spirits, and acquire the KASO( knowledge, attitude skills and other characteristics) necessary for the future because, that is the time to acquire the firewood for keeping oneself warm in the old age. At this age, people are easily carried away by fantasies, want to change the existing order, take risks without proper analysis by acting now and thinking about the consequences later. It is also a time when some youth suffer from extreme exuberance, have little worries, fail to optimize time because they believe that there is still more time ahead of them.

Over the time, the society has gone mad! Globalisation, liberalisation, and acute materialism have taken the center stage and defined the way we live. We are now in an era of unimaginable moral decadence and weak ethical regime and criminality holds sway while government and its institutions watch helplessly. Money is now the only measure of success, irrespective of how it is acquired. Access to, and quality of, education is low, a situation caused by the students, parents, teachers, government and society at large. Parents consciously sponsor examination malpractices for their children and still blame the teachers for their poor performance and all emphasis is on certificates and not on skills. We live in an era of Federal Character where people who score 5marks are admitted into Federal Government Colleges while those who scored 128 are denied admission because they committed the crime of coming from the wrong part of the country. People do what is obviously wrong because everybody is doing it! People distaste work and want to make it big without any effort, engaging in the self-delusion of claimingsuccess and prosperity, attempting to make omelet without breaking the egg and forgetting the good old injunction that he who does not work should not eat(2 Thes, 3:10). We also have gone fashion-crazy and the economy is also on a downward slope, with an unacceptable level of youth unemployment, high cost of living and poverty.

Unfortunately, the youths have been greatly, and negatively, affected by the overall madnessin our environment. They have assimilated the most-negative aspects of the general decadence in the society because bad habbits are easier to learn. They are now suffering from America-mania, adopt a paradigm of maximum enjoyment with minimum efforts,(forgetting that the only place where success comes before work is the Dictionary) enjoy a culture of nudity in the name of fashion(and they shall dress in rags;Issiah,3:24) and cyber-mania(where browsing is the only meaningful preoccupation ). They have also thrown overboard, golden values like respect, humility, moderation and honesty while particularly for those of Igbo extraction, speaking the native language is infradig! (Probably, they have not read Nehemiah,13: 24). The government and its institutions and even the society are not doing enough to tell the youths: this is not the way to go! Of course parents are all involved in the rat-race for fame and fortune and they abandon their responsibilities to churches, schools and housemaids! The Charley-Boy republic has surely taken its toll on our youths, who are the greatest casualties of the everything-goes environment.

There are local and international models of youths who have achieved solid and genuine success. Enahoro was jailed for political activism at age 21; Chinua Achebe wrote Things Fall Apart at 28 and Chimamanda Adichie is not an octogenarian! Malcom of France is 40;Sebastian Kurz at 31 was sworn in as Austria Chancellor, while Kim Jong Un of North Korea is 35. Of late, the youths themselves have realized that they have to make a U-turn from the path of perdition to which they are collectively headed. The society is also calling on the youths to get ready for leadership at all levels rather than the current scenario in which most of them are wallowing in idleness and hopelessness. The Alafin of Oyo recently asked Nigerian youths to wake up from their slumber. President Macron of France urged the youths to get involved in politics while the recently enacted not-too-young to run law is aimed at making it easy for the youths to participate in politics. Beyond politics, the youths are the future leaders in all spheres of the society and to play that role, they have to start today because the future is now. Beyond that, most of them are so concerned in the struggle for survival that politics and leadership is not in their mind. But the future will surely come and they have to take charge because the future is their own era. How can the youths survive to play the expected roles in the Charley-Boy republic? ( To be continued)