NEMA: Where To Find Buhari 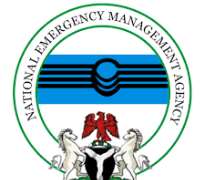 Innocence is a virtue and also, a very potent spirit. It blends with the invisible fingers of fate to extricate a leader unjustly entangled by the web of conspiracies by the vagaries of sworn enemies.

Most times, what appears as man’s evil machinations against another simply to rubbish and diminish his integrity, could unexpectedly be God’s unique style of trumpeting his hidden innocence and strength of character to foes.

This is exactly the fate of the incumbent Director-General of the National Emergency Management Agency (DG-NEMA), Engr. Mustapha Maihaja, who has come under the deliberate political persecution and maligning by antagonizing interests in the House of Reps with veiled tentacles in Bauchi state and his home state of Yobe.

Defiantly acting a conspiratorial script, the House of Reps crazily intervened and interrupted an ongoing EFCC probe of alleged N2. 5 billion fraud perpetrated by the immediate past management of NEMA led by the former DG, Mr. Mohammed Sani Sidi and six directors still in the service of the agency.

A very curious asinine twist was introduced in the EFCC probe of the N2.5 billion. It was when NEMA’s Governing Board, acting on the anti-grafts preliminary report and request effected the suspension of the indicted directors to smoothen the path of unhindered investigation. It dawned on the co-travellers in the alleged financial scandal of the possible danger ahead should the probe be allowed to run conclusively.

And the determined search for ways to save their embattled souls found willing allies in the Speaker Yakubu Dogara’s led House of Reps, and the Governor Yobe state, Gov. Ibrahim Geidam to extract their pound of flesh from Engr. Maihaja.

And almost mechanically, the intervention of the House of Reps changed the tenor of the EFCC probe, which switched from NEMA’s past management and the six directors to the current DG-NEMA, Engr. Maihaja. The House of Representatives strangely directed its Committee on Emergency and Disaster Preparedness chaired by Hon. Ali Isa to probe the tenure of Maihaja rather than focus on assisting to hasten the EFCC probe.

Its first suspicious action was to order the reinstatement of the sacked directors, which the DG-NEMA complied, though it violated the sanctity of the fraud investigation.

Thereafter, Hon. Ali Isa and his hatchet men publicized a long list of infractions against Engr. Maihaja seeking to find out how the agency allegedly diverted about N22 billion.

The Reps Committee embarked on media trial of the current NEMA management, at the start of its probe. It screamed and barked at every sitting and in the media.

Unknown to many Nigerians, over the years NEMA has been used by top government functionaries as meat pie for the kings. The insistence of Engr. Maihaja on due process, transparency and accountability angered the kingpins of power who waited for a ripe opportunity to strike back.

Leading the pack of the official gang-up against Maihaja to indirectly smear the shadows of President Muhammedu Buhari were Speaker Dogara in active connivance with Governor of his home state, Alhaji Geidam .

When the echoes vibrated, Yobe state Gov. Geidam who nursed a grudge against Engr. Maihaja for daring his re-election party nomination on the platform of the APC up to the Supreme Court also responded. Geidam also saw an opportunity to extract his pound of vengeance against Maihaja over the committee’s alleged breach of public trust.

The probe gathered steam by the day, as Engr. Maihaja appeared to render account of his stewardship, before the House Committee. And in spite of Maihaja’s tight schedules and the indeterminate nature of emergencies, which required his attention, the DG-NEMA bothered to officially and respectfully communicate in writing to the probe committee, each time national assignments prevented him from responding to summons.

What has remained interesting with the probe is that Engr. Maihaja has appeared several times and testified before the House Committee. And facts about the sumptuously bogus amounts the House committee was tricked into believing have been mismanaged or diverted by the agency under Engr. Maihaja were presented.

These barefaced truths inadvertently exposed the evil intention of the committee to blackmail and tarnish the good reputation of Engr. Maihaja. It belatedly hinted the Committee that it embarked on a futile and embarrassing mission.

The committee mainly claimed Engr. Maihaja, distributed relief materials to disaster victims in violation of the provisions of NEMA establishment Act. The law stipulates that the agency liaises with its state counterparts during distribution of relief materials.

And the ring of conspirators as shadowed in the Yobe state Governor and his ally in the Speaker who feared that Maihaja was supporting his Governor to exile him readily agreed through their representatives at the resumed hearing of the committee. But it was a charade and they were disarmed by DG-NEMA’s presentations.

But Maihaja instantly countered them and proved to the committee using the example of Yobe State State Government, as he presented a letter of the agency’s communication to the state government and their acknowledged corresponding mail of receipt, which exposed a poorly crafted layer of deception of the committee.

However, what weakened the committee the more was the DG- NEMA’s explanation that certain emergencies threw up the peculiarities of instant response, which required emergency procurements and distributions. And no sane human being can doubt the veracity of the submissions, if he understands the very nature of disasters and the mandate of NEMA, which is primarily to bring instant succor to distressed people.

Its clear Nigeria has a sickening bureaucratic system. And many can now grab the wisdom in the interest of Engr. Maihaja to alter certain clauses in the NEMA Act to discard certain impediments. In addition, some of the contracts being questioned by the House Committee emanated from Presidency based on the exigency of the disasters.

Maihaja explained that the Presidency was convinced that the companies favoured for the emergency contracts had the capacity to deliver the huge quantity of requested items. And they met these contractual obligations timely.

So, Engr. Maihaja nicely and honestly disarmed his adversaries. And the echoes of the probe which came with such venom began to wane surprisingly.

Not many Nigerians would understand that integrity is not a gift item found in a shop cabin. There are Nigerians who are born with it and hold it as a cherished virtue. And the DG-NEMA, Engr. Maihaja has been in this realm of public service for ages.

Nigerians who can vouch for President Buhari’s character would attest that Mr.President cannot just anoint anybody as his campaign Coordinator, as Maihaja served in Yobe. Unless, there is something very unique and peculiar about his character which Buhari aligns with his disposition.

An English adage says, “he who laughs last, laughs longer.” And In every situation, the Bible says, people should give thanks to God. Engr Mustapha Maihaja, even though not a Christian, must be giving thanks to God now for being dusted from his cocoon of puritanism and exposed to Nigerians nay the world as a man who can be trusted with public funds and the lives of Nigerians in distressing times.

The House of Reps committee’s probe crafted to blackmail and tarnish his hard earned reputation has turned out to be a blessing in disguise, as it has earned him the respect of all Nigerians.

However, there is need for caution among leaders of the people. Conspicuously, the House of Reps committee pursued its own narrow interest and vindictive agenda against President Buhari. And through Speaker Dogara, the Yobe State Governor, Mr. Geidam clandestinely plotted to taint the image of Maihaja, a leader who fits into the description of “the indomitable hand of Buhari’s support base in Bauchi and Yobe States. But they have failed woefully and shamefully too.

Maihaja’s traducers met the brick wall of the shadows of Mr. integrity and could not penetrate. Many Nigerians waited anxiously to see a replay of another David Babachir saga, but Maihaja is quite a different personality and he can floor them a million more times more.

The probe committee was tantalized and amazed by Engr. Maihaja’s superlative defenses, anchored on facts and figures throughout his presentation at NASS before parliamentarians. He damned the familiar bullying tactics of the Nigerian parliament and poured out the truth they hated to hear on account of his refusal to play the ball, like ace dribbler Jay Jay Okocha.

Nigerians have confessed that history will be kind to Maihaja as the only specimen who went through the furnace of a jaundiced panel, yet came out unhurt.It is the integrity spirit of President Buhari, worn by his protégé. Is this really not wonderful? Maihaja is obviously a case study in progression for another day. But suffice it to say, in Engr. Maihaja, there is a replica of President Buhari in NEMA.

Agbese is a publisher based in the United Kingdom.