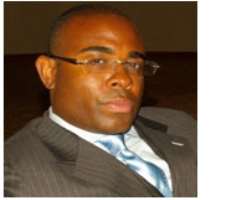 This article is an excerpt from the book Get Money: A Practical Guide to Capital Raising for African Companies and Entrepreneurs, by Mansur Nuruddin, managing partner of MNCapital Africa Advisors (MNCAA), which codifies the author’s last seven years in assisting African companies and entrepreneurs in raising capital. The book is available at amazon.com.

1. Invest Time in The Preparation of Well-Prepared Transaction Materials.After the underlying strength of the investment opportunity, the quality of the offering materials is the next most important item in ensuring a successful capital raise. Youcan’t get to the dinner table if you can’t get in the door. Funders make an initial assessment ofthe strength of the management team and the strength of the transaction based on the quality of the offering materials. In many cases, funders will dismiss even strong opportunities if theoffering materials are poorly prepared. Money managers are inundated with investmentrequests. The quality and professionalism of the IM andsupporting documentation become an easy way to weed-out transactions. If your IM is riddled with typos, doesn’t convey the essence of the opportunity or fails to answer obviousquestions that any prudent investor would ask, your deal will quickly be tossed in therecycling bin. At MNCAA, we pride ourselves on this aspect of the capital raising process and numerous funders have remarked on the quality of our documentation even when they have declined to fund the deal. As a result, we are sure that when we share transactions with these funders, they will at least take a look. We advise that you adopt a similar approach and invest the time needed to prepare professional transaction materials.

2. Stay Flexible. At the beginning of a capital raising exercise, you and your financial advisor may have an initial idea of what form the transaction will take. However, as you go to market, you will invariably find that funders have a different view of the transaction. By remaining flexible, you can align the transaction structure with the feedback you receive from the market and increase your chances of success. Additionally, by remaining flexible, you can spot opportunities that weren’t apparent at the beginning of the process. For example, we were engaged to raise debt for a South African leasing company. We eventually learned that the low capital lease rates available for the client’s South African leasing operations did not make the transaction viable given the client’s then-current cost of capital. However, through discussions with the client, we learned of the client’s intentions to enter other African markets where interest rates were significantly higher. We subsequently were able to secure funding for their African expansion at competitive rates.

3. Keep as Many Horses in the Race as Possible.We have found a tendency among sponsors and companies to “cherry-pick” preferred funders. If an advisor is able to generate significant interest, the company/sponsor may suffer from hubris and try to deflect difficult investors. It is a human tendency to try to minimize work, and courting and responding to each potential funder requires a considerable amount of work and effort. However, it’s never finished until the transaction is funded. The more players in the race, the more valuable the opportunity seems -- it is human nature to want what people think other people want. Thus, we always advise clients to take all reasonable steps to keep discussions open with all viable funders that express interest. A corollary to this tip is that difficult funders should be viewed as an opportunity to respond to difficult questions and perfect your pitch. If you are able to respond effectively to sceptical funders, you will soar when you meet investors that are more excited about the opportunity. Remember, the salesperson who accepts the first “no” will have hungry children. If you are raising capital, you are essentially a salesperson, selling your ideas, your company’s prospects, your vision and the ability of your team to capitalize on each of these.

4. View the Entire Process as Diligence.The entire process should be viewed as part of the funder’s diligence of the professionalism and strength of the management team. The initial process is like dating for the funder, where it decides whether it wants to get engaged, i.e., enter into a Term Sheet. Savvy investors track whether you arrive at meetings and conference calls on-time; whether you follow through on deliverables; etc. If you indicate that you will send a document by a certain date, failure to do so raises questions about the reliability and professionalism of the company’s management. We advise clients to “under-promise” and “over-deliver.” If it is expected that a license will be received at a certain date, it’s better to give yourself some leeway; and if it comes in earlier than indicated, then you have over delivered. It is far worse to create expectations and not meet them. If this happens too often, it can kill a deal!

5. Keep Up the Momentum.The importance of momentum to the successful execution of a transaction cannot be overstated. Often we have clients who do not seem to approach the transaction with a sense of urgency. They may be slow to respond to information requests, they may not make themselves available urgently for calls and meetings; they may not press their advisors to complete required documentation, e.g., financial statements, etc. However, once an investor expresses interest in the transaction, it is important to maintain the momentum on the transaction and make sure the investor remains engaged. You must keep in mind that investors are being pitched new opportunities on a daily basis. If the investor expresses interest and excitement in your transaction, you must keep this excitement alive and keep the investor engaged. We have had situations, where clients have been slow in the process and the investor moved on to whatever new opportunity seemedshinier. As an extension to this, you have to make hay when the sun is out. We always advise clients that if an investor provides a Term Sheet and wants to fund and you are interested in that funding, try to close the deal as quickly as possible. Do not take time to exhale and take your foot off the gas pedal. Things can change in a matter of days and failure to push as hard as possible to close the deal can result in an eleventh-hour failed closing because of a last minute change in circumstances. Recall that the same deal that could have closed on September 10, 2001 in New York City, died on September 12 after the 9/11 terrorist attacks.

6. Capital Raising Is a Marathon Not a Sprint.When embarking on a capital raising exercise, be prepared for a marathon. You will likely have to kiss a lot of frogs before you find your funding prince. Remain enthusiastic and remember every “no” gets you closer to your “yes”. As a transaction draws on, many sponsors begin to suffer from deal fatigue. We have seen companies miss potential funding opportunities because they were clearly tired of responding to prospects and were suffering from deal fatigue. However, each prospect should be approached with the same enthusiasm and commitment as the first prospect, and the tips outlined above should be implemented for each prospect. Hopefully, if you begin the process with the expectation that it will be a marathon, you will be able to weather the challenges and cross the finish line. Mr. Mansur Nuruddin
Mr. Mansur M. Nuruddin is a co-founder and managing partner of MNCapital Africa Advisors (MNCAA), a financial advisory firm based in Sandton, South Africa. He is an Ivy League educated, international corporate lawyer with over 18 years of experience in complex corporate transactions. Mr. Nuruddin has had the unique experience of working on four continents, i.e., North America, Europe, Asia and now Africa. He began his legal career with the Wall Street law firm of Cravath, Swaine & Moore LLP, where he spent nearly seven years between Cravath's New York and London offices. Mr. Nuruddin has also worked for the Herbert Smith law firm in Hong Kong and most recently in South Africa for Bowman Gilfillan and MDAttorneys, where he was a Corporate Partner. Prior to co-founding MNCAA, Mr. Nuruddin was the Managing Partner of Nuruddin & Associates -- a boutique legal and financial advisory firm.