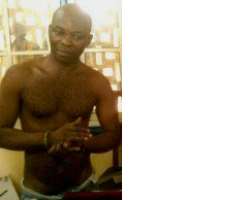 LEADER of the Biafra Zionists Federation (BZF), Barrister Benjamin Onwuka, has died in detention, his lieutenants claimed on Friday morning.

News Express could not independently verify this claim. Onwuka was arrested alongside his members on Monday, August 20, as they attempted to enter the Enugu Government House for the purpose of inauguration of Biafra. However, while his followers were freed in the evening, Onwuka has not been heard of ever since.

In a press statement made available to News Express, the Deputy Leader of the group, Mazi Ambrose Ugwu, said every effort they had made to ascertain the whereabouts of their leader had been unfruitful.

His words: “From all indications, our leader, Barr. Benjamin Onwuka has been killed by security forces.

“We have been at the DSS Enugu office for several times but they are silent on the matter. The very first-day others were released, they even told us that Onwuka too was released. But it turned out to be a hoax.

“For the past four days, we have gone there to at least give him food, but they refused us entry. So, based on the above situations, we have no further doubt that he has been killed.

“We are now urging the international community, especially the United States and Israel, to prevail on the Nigerian Government to release his corpse to us for a decent burial. He deserves to be accorded such burial in the light of his struggle for the people.

“Buhari’s Government should direct whoever is holding the corpse to release it to the Zionists’ family to enable us pay our last respect to him.

“However, we must also decry a situation where the Nigerian Security Forces are turning their arms against harmless freedom fighters whereas armed herdsmen are walking the streets unhindered. Nobody has ever seen any Zionist with a matchet, let alone a gun.

“It is, therefore, the apex of oppression that we are being subjected to this level of intimidation because we are asking for freedom, which we are doing in line with all international laws and conventions.”

“No form of intimidation will, however, make us drop our right for self-determination. We can’t be forced to remain in a country where there is no justice and equity.

“The disparity in handling killer herdsmen and Biafra agitators is a case in point. While the former is receiving kingly treatment, despite killing thousands of Nigerians, the latter are being subjected to all manner of torture for being civil in their approach,” Ugwu further lamented. – News Express