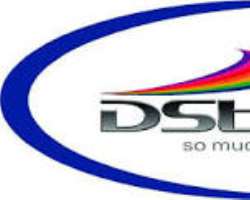 A Federal High Court in Abuja yesterday restrained Multichoice Nigeria Limited from going ahead with its recent decision to increase the subscription tariffs for DSTV, its satellite cable television service providers.

The restraining order was issued in respect of Suit No FHC/ABJ/CS/894/18 brought before the court by the Consumer Protection Council (CPC) in the light of the strong public interest raised in the application.

Abubakar Malami, Attorney-General of the Federation and Minister of Justice, had granted the authority for the Council to initiate the suit under Section 10 and 16 of the Consumer Protection Council Act, Cap c25, LFN 2004.

In his order, the judge, Nnamdi Dimgba, said the interim injunction restrains Multichoice Nigeria or its agents and representatives from continuing the implementation of any increase in subscription rates or price review policy imposing increased charges and costs on the consumers pending the determination of the motion on notice.

Besides, the court also restrained DSTV from further carrying on or continuing any conduct or activity which interferes with or has effect of circumventing the outcome of ongoing investigations by the CPC into the company's compliance or non-compliance with the February 16, 2016 order pending the determination of the motion on notice.

The new rates took effect from August 1 this month.

The application was filed by the CPC on behalf of the federal government, with the Director General of the Council, Babatunde Irukera, leading other concerned Nigerians to appear in court for the case.

The CPC said in the statement that it has constitutional responsibility to protect the welfare and interest of consumers in Nigeria through the instrumentality of the Council.

In the exercise of its statutory mandate, the Council said it was conducting an investigation into DSTV's compliance with its orders of February 16, 2016 over alleged unfairness, arbitrariness and excessiveness of pricing and billing systems.

Besides, the Council said it was also reviewing other emergent issues relating to whether DSTV's business practices and specific conducts were in violation of the law with respect to the rights of consumers in Nigeria.

The Council noted that in the course of its investigation and consultative engagement with the Multichoice Nigeria, DSTV “preemptively and surreptitiously introduced a subscription regime which imposes increased charges and costs on Nigerian Consumers of digital satellite television service with effect from 1st August, 2018”.

The agency argued that unless the court restrained Multichoice Nigeria, it was afraid DSTV or its representative would continue the implementation of the increased subscription rate.

The action, it pointed out, was capable of “rendering ineffective and nugatory the on-going regulatory investigation which seeks to prevent continuing exploitation of Nigerian consumers through obnoxious and exploitative billing systems and pricing regimes”.

“An order of interim injunction restraining the Defendant/Respondent by itself, agents, representatives, affiliates, officers or privies, howsoever described from continuing the implementation of any increased subscription rate or price review policy imposing increased charges and costs on the consumers of Defendant/Respondent's services pending the determination of the Plaintiff/Applicant's Motion on Notice for Interlocutory Injunction filed in this suit,” Mr Dimgba said.

The CPC asked the court to accord the matter accelerated hearing so that the substantive issues raised would be determined and settled definitively and expeditiously.

Consequently, the court adjourned the case to Tuesday, August 28, for hearing.

When contacted, the spokesperson of Multichoice Nigeria Limited, Carole Oghuma, promised to send the company's reaction to the court order. However, at the time of this publication, the response was yet to come in.